We should introduce martyr Babaei to the Islamic Ummah

Martyr Babaei was a first lieutenant in the early years after the revolution. In the course of 3 years, he became a colonel and was appointed the chief commander of his base in Isfahan; that is he was promoted from a first lieutenant to Brigade General. 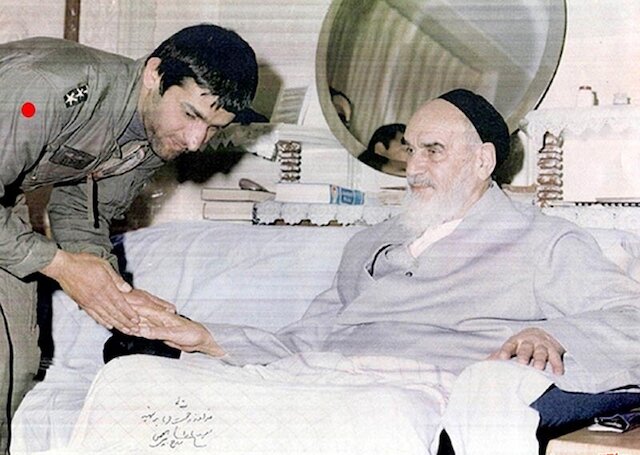 NAVIDESHAHED_ In 1982 Martyr Babaei was appointed the commander of the 8th Fighter base in Esfahan[...]It was a difficult decision. Everybody was worried. Even I, who had insisted on this nomination was worried. Can he do it? But he did.

The base in Esfahan is one of our biggest and most complex bases. It was 1981. During the presidency of Bani Sadr, that base was central to the opposition against Imam Khomeini, and even before that, there were many controversies around the place.

Some anti-revolutionaries and some intruders from groups with revolutionary appearance had infiltrated the base and it was really disheartening. The commander of the base, during the time I was at the defence ministry, said: «I cannot manage the base at all!» He had abandoned everything. Under such circumstances, Martyr Babaei went to that base and put everything in order. He truly reformed the base.

Once I visited that base and he showed me the flight simulators. Martyr Babaei was himself a pilot. An F-14 pilot. That is to say, he was a high ranking pilot. He showed a lot of kindness towards me, and I absolutely valued Martyr Babaei from the bottom of my heart.

One can introduce Abbas Babaei or the likes of him to a nation. We can show such people to the Islamic Ummah to say they were such great people.

The memory of a pilot like Shahid Babaei will not be erased from the mind of the Iranian nation.