A Review on the Biography of Martyr Mohammad Hussein Saedi

Navideshahed.com : He would say: “I don’t wish my body to return to the city after my martyrdom, because I’m a commander and I will be sorry for those martyrs whose corpses have been left in the battlefields.”

On September 4, 1978, the Eid al-Fitr prayer was held by Ayatollah Dr. Mohammad Mofateh in Gheitariyeh hills and after the prayer, the worshippers held the biggest demonstration as well.

Imam Khomeini's speeches were so riveting to him that he tattooed May I devote my Life to you, Khomeini on his chest and began training his friends to become devoted revolutionary supporters. 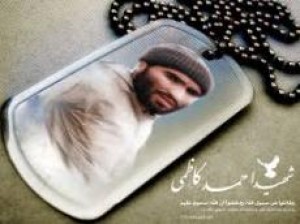 Major General Ahmad Kazemi was an Iranian commander in the Army of the Guardians of the Islamic Revolution and one of the most notable commanders in Iran–Iraq War.
12345Next Page