The biography of Mustafa Badreddine

In 1992, the martyr became the commander of Hezbollah central military unit and started forming military formations and developing plans. 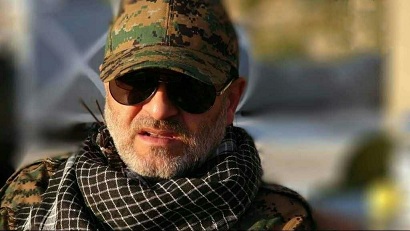 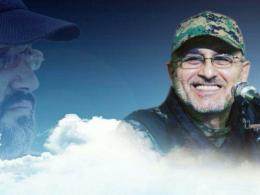 In 1997, Mustafa Badreddine had a central role in planning and supervising Ansariya operation in South Lebanon which killed scores of elite Zionist troops. Martyr Badreddine was further able to dismantle scores of Israeli spy cells in Lebanon.
With the inception of the Saudi-led was on Syria in 2011, the martyr was one of the first commanders who confronted the takfiri plot across Syria continuing his jihadi work till embracing the honor of martyrdom in Damascus on May 13, 2016.
Martyr Badreddine, who was on a US terror sanctions blacklist and wanted by the Israeli entity, was also unlawfully named as a key suspect in the 2005 assassination in Beirut of Lebanese ex-premier Rafiq Hariri in a serious pro-Zionist effort to defame the Resistance commander while being targeted with American financial sanctions and further media lies about his lifestyle.
Underlining that the martyrdom of Commander Mustafa Badreddine will only further reinvigorate the will and power of the resistance to fight the Zionist entity and the Takfiri terrorism, thousands of Hezbollah supporters gathered on Friday to pay homage to martyr Badreddine, who was buried with full military honors. Sayyed Zulfokar was buried in the same shrine as the martyred Commander Imad Mughniyah, his predecessor and brother-in-law.
With the martyrdom of a leading Resistance commander, both Hezbollah fighters and supporters asserted their determination to follow the path of the martyr, noting that the terrorists who killed him aimed at deviating the nation's efforts to first and foremost liberate Palestine.
Message End/