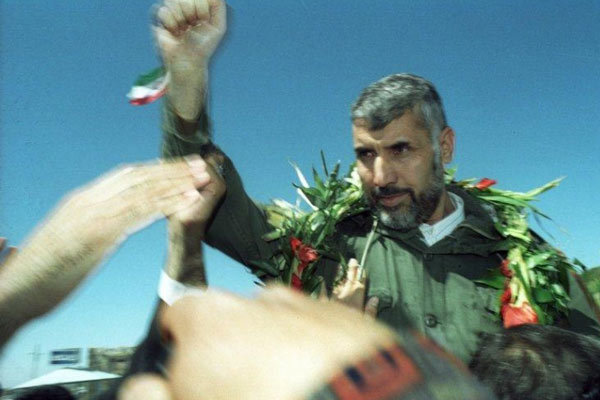 Now we will introduce a book which was published specially for martyr Lashgari:

Mohammad Badaghi, the writer and researcher of the Sacred Defense Era in an exclusive interview with the reporter of Navideshahed announced: "18 Years of Captivity’ is about martyr prisoner of war Hussein Lashgari.”?

He continued: "Martyr Lashgari stayed in captivity fir 18 years and after the war and adopting the resolution, still he was resisting. Our Sacred Defense Era was 8 years, but the work of martyr Lashgari itself was a sacred defense too; because it was rare in the whole world that an officer to experience such a long captivity.”?

"I’m doing the initial stages of the writing of the book ‘18 Years of Captivity’ and I have been successful to get some valuable sources in this field as well,”? he added.

He also pointed out to the efforts that he does in order to improve this book and he said: "I would like my book to be documentary and interesting for this purpose I contacted with the Iraq’s embassy and if it be possible I will visit a person whose name was Abu Farah as the turnkey of martyr Lashgari.”?

It should be noted that commander pilot prisoner of war Hussein Lashgari that was nicknamed as the Sayyed Al-Osara (master of captives) by the supreme leader after tolerating 16 years captivity returned to Iran in 1998. He who had tolerated much difficulty and tough moments during his captivity was martyred in 2009 due to the complications resulted from his captivity era.

It was 11 p.m. that one of the authorities of Air Force brought the flight uniforms to me and he also gave the piloting boots to me and he said: "Tomorrow you will receive your rank from the supreme leader.”? I was awake until 2:00 o’clock midnight. At 7:00 o’clock in the morning after breakfast we moved towards Leader’s House with a guard. After investigation, we sat in a special place that had been considered for the Prisoners of War. It was 9:00 o’clock in the morning that the supreme leader came there. All of us stood up and we chanted some mottos. He asked us to sit. After that commander Najafi presented a report regarding the freedom of war veterans and since during of my captivity was so long, he suggested the Supreme leader to grant the nick name of ‘Seyed Al-Osara’ (Seyed of Prisoners of War).

The supreme leader smiled and he moved his head as a sign of confirmation.

At the end commander Najafi asked the supreme leader to paste the ranks by his own hands. I stood up in front of him. A person who had a try of ranks came there. My commandership ranking was on the tray. The supreme leader pasted the rank on my uniform by his hands. It was a very great and sweet moment for me. I could never believe it that until a few days ago I was a prisoner of war and no one would value me at all and now I was visiting the supreme leader of our country and the leader of world leaders.

Here are some unseen photos of martyr Lashgari: 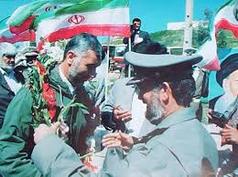 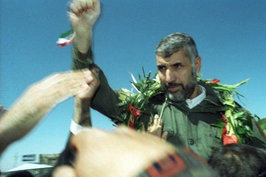 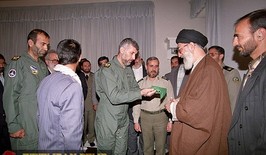 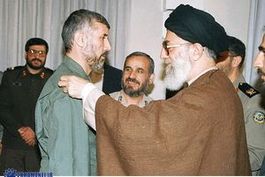 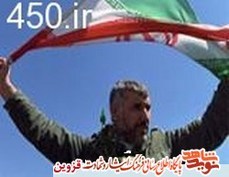