Ibrahim and his Eyes

When Ibrahim Chafghani entered the forefront was a young man, he loved his mother very much 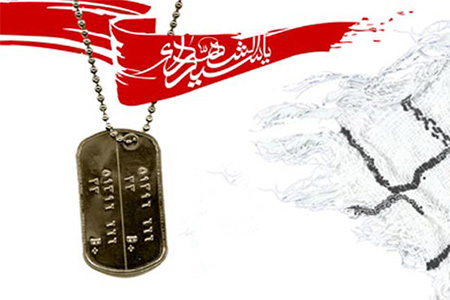 When Ibrahim Chafghani entered the forefront was a young man, he loved his mother very much

Navideshahed – when Ibrahim was speaking about his mother, he got excited. When Ibrahim Chafghani entered to the forefront he was a young man, he loved his mother very much.

My mother is "Sayyed" he said. One day a person annoyed my mother… very bad things happened for her finally she came to our home and asked my mother to forgive me.

He loved his mother too much. When he was speaking about his mother the color of his face was completely changed while we were too shy to speak about our mother, Ibrahim calmed down with his mother's memory.

At the Badr Operation under the heavy fire of the Bathi regime, we found Ibrahim who was running toward us,,, he was too happy and said: shot it…shot it. What is the matter? I asked him, When I was on the hill, I shot a tank which was very close to us, he told while he was laughing. At first I did not accept so I went on top of the hill… he was right… the smoke covered the region, it was hard for me to believe that how three teenagers could destroyed the Bathi tank. One of those teenagers was martyr Mohammad Reza Salemi, he was too brave.

Ibrahim was too shy and polite. As he entered the mosque sat beside the column he never wanted to be seen. He had deep look. He had close relationship with others. At the next operation, I was not with him, I only heard he martyred at that operation. He usually thought about Sadam that how he could take revenge on him.

Finally we saw that Cruelty will not be sustained and persons like Sadam, Muammar Al Gathafi, Omar al-Bashir and Hosni Mubarak who all were died or humiliated.