There was a man beside martyr Amlaki who had not mask when the Bathi forces used chemical weapons, martyr Hussein Amlaki rejected his mask and put it on his face! This is the Hero! 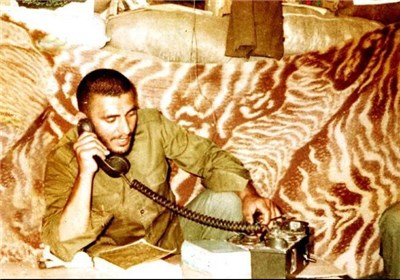 By the report of Navideshahed (Gilan Province): this is the Hero! I feel proud as I read through the books and remember his braveness… he had lost his life to save the future, Iran's Supreme Leader said.

All the time I asked myself… who were the martyrs? Had they come from another planet? Why we could not give our mask to our friends and save them?

Today is the day of Hussein Amlaki's Martyrdom who was martyred during the Sacred Defense.

How Hussein Amlaki became familiar as the Hero of Ashura?

Martyr Hussein Amlaki participated in the different operations "Valfajr 1st", "Valfajr4", " Valfajr6", " Valfajr8" and "Badr" he also played an important role in all the operations.

After the "Valfajr 8 operation" Martyr Mahdi Khosh Sirat and Martyr Hasan Rezvan Khah joined him and took the responsibility of Quds Battalion".

Another Karbala was created with their braveness among the operations in the "Haj Imran" region, The Supreme Leader said. 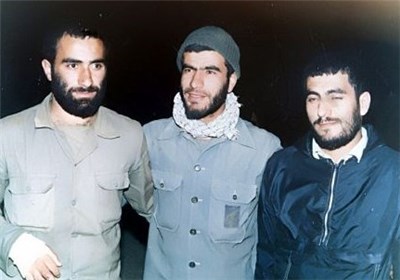 Martyr Hussein Amlaki was born in 1961 at the night of Ashura in Koulak village, Langarud city. His family put his name as Imam Hussein's name.

Fatigue and fear did not appear in his eyes

One of his friends narrated that: when the Kumail Battalion started the operation in Shalamcheh I saw Hussein Amlaki who was injured but he was too firm and brave and told martyr Asghari Khah to be calm.

I will be martyr

Mustafa Zebardast told us a dairy from Martyr Amlaki: one night before the "Valfajr 10" we were sitting on a hill suddenly I asked Hussein: what will you do after the war if you do not get martyr? After some seconds he broke the silence and said: I will be martyr. 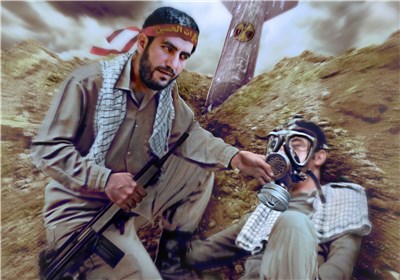 This is the Hero! When the Bathi forces used chemical weapons, martyr Amlaki rejected his mask from his face and put it on the face of man who was beside him while he himself needed it. These actions will never forget and we will remember them in our daily life. Iranian supreme Leader Sayyed Ali Khamenei said among the people of Gilan.