A confess which proves the chemical attacks of Iraq / document

At the first days of Shahrivar ( the lunar date ) the UN approved the chemical attacks of the Bathi regime against Iran according to the statement No 620 in 1988 . 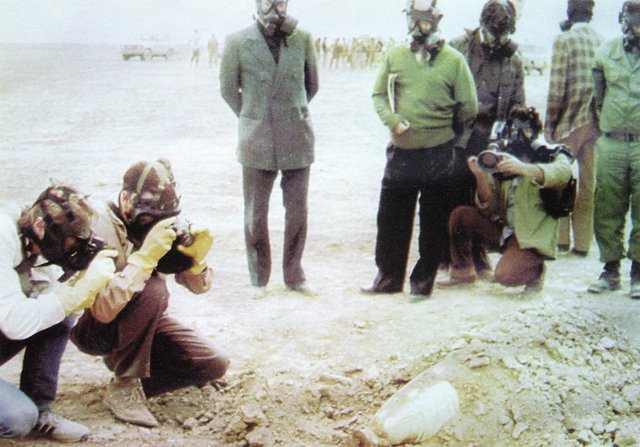 At the first days of Shahrivar ( the lunar date ) the UN approved the chemical attacks of the Bathi regime against Iran according to the statement No 620 in 1988 . after 19 months of Islamic Revolutionary Victory , Bathi regime attacked Iran which lasted for 8 years in 1980 .

They fought against Iran in 3 months he had a specific rules for each of them .

The first method : they used the conventional weapons

The second method : they attacked on the different cities and residential areas and the Iranian ports

The third method : they had a chemical attack against Iran

They used weapons of mass destruction . according to the statement ; it is very important to mention that the UN tried to ignore these types of methods and they did not want to exaggerate it . as they usually analyzed this war as a conflict not a war of course a chemical war . 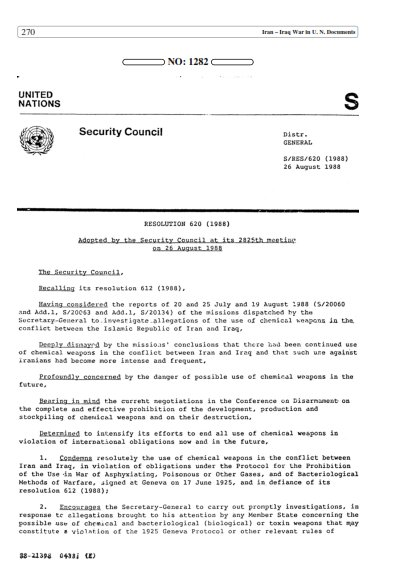 At the first days of Shahrivar united nation security council proved the chemical attack against Iran by the Iraqi regime according to their meeting No 2825 which was held in 1988 . here is the passage of the statement :

According to the recent reports , it is proved that the Iraqi regime used chemical weapons in the war against Iran .

1) We strongly condemned using chemical weapons in the war against Iran , using toxic gases and microbial gases and materials are absolutely against UN statements .

2) We want that the secretary General have a complete research about using toxic , microbial and chemical weapons and must responds to the claims . 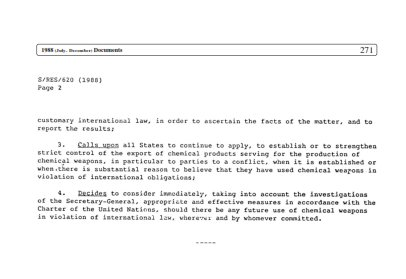 3) All the governments should control their chemical products which could use in the chemical weapons more strictly .

4) In the case of re using chemical weapons which are against the international rights , the UN will adopt an appropriate action .