A meeting in the oak forest

The book of " A meeting in the oak forest " narrated the coup d'Etat of 1953 ( which is known in Iran as the 28 Mordad coup ) . it is written in the form of a student's life . the book of " a meeting in an oak forest is the title of a book which narrated and analyzed the events which were happened during the 28 Mordad Coup , it actually narrated the events and their effects on the Iranian society .

Javad Afhami is the writer of the book . it is written in 140 pages it narrated the history student biography who was trying to prepare his thesis . the topic of the book is totally about the 28 Mordad Coup . the student decided to visit the last remained military forces who had an important role in the event , in order to use his data to complete his thesis .

The last remained military forces was colonel Tijani , he was one of the specific forces of Mohammad Reza Pahlavi , he had a close relationship with " Shahpoor Reporter " , who was one the factors of England and had an important role in the coup .

Not only after the American – English coup but also after the victory of the Islamic Revolution , he never spoke about it that time and now a stubborn student wanted to find some data in order to complete his thesis . 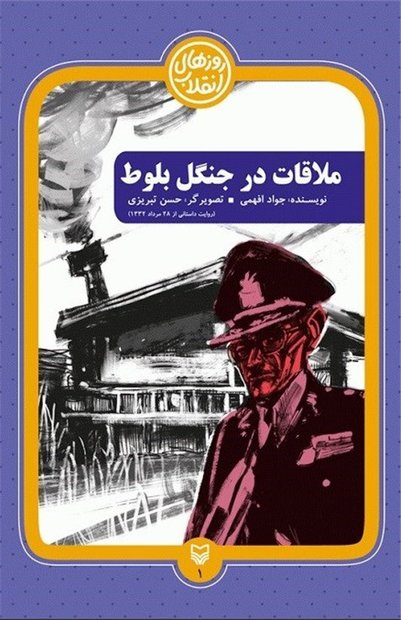 Mr. Tijani was a person who usually participated in the confidential meetings and knew many important things . now the writer try to explain the story in the words of Mr. Tijani .

It is necessary to mention that , the book was written for the youth with different words and effects . this story was written by Javad Afhami , it really keeps the readers among the reality and imagination which creates a pleasure in the readers and motivates them to continue the story . the book " A meeting in the oak forest " was published by " Soureh Mehr " publication .

Those who enjoy the book can find it in the specific library of Issar and Martyrdom in Tehran .