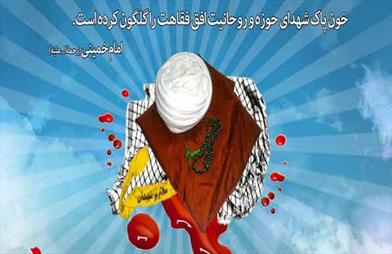 According to reports of Shabestan news agency reported with reference to department of Qom the head of the University of Science and knowledge of Quran Kareem Ayatollah Ahmed Abadi in religious seminary Al Zahra Qom while describing in a gathering the qualities of martyrs and Momineen to Ulema's mothers, wives and daughters.

He said that the book named Ghard ul Hakam has written about 50 traditions of Imam Ali that the person who is careful and is farsighted is the one who does not fall into ignorance and self-determination in doubts.

The head of the University of Science and knowledge of Quran Kareem said that the farsighted person human being sees the inner world.Foresighted person keeps an eye on future.

He said that the person whose focus and thinking is of this material those people not merely does not recognizes the world but also the hereafter. The person who does not focus on this world and the universe also sees his future and the past. Like prophet (PBUH)
said that I see how the end is.