The house of martyr Babaee become museum in Qazvin

The municipality of Qazvin with aim of protecting values of Holy Defense and introducing remarkable faces of Qazvin make the house of martyr Abbas Babaee as a museum in recent year. 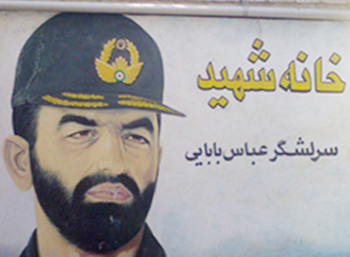 By report of NAVID SHAHED, the municipality of Qazvin with aim of protecting values of Holy Defense and introducing remarkable faces of Qazvin make the house of martyr major general Abbas Babaee as a museum in recent year. The house of martyr Babaee is one of old houses of the city of Qazvin that before this use as a Huseiniye for religious affairs.

The plan of conversing house to a museum would perform with taking model from houses f martyr Motahari and martyr Beheshti to put the signs of this noble martyr at the eyes of public.

The house’s area of martyr Babaee’s house, which is owned to municipality, is 440 square meters and 230 quarter meters of it is include the house.

Martyr major general Abbas Babaee the previous operation vice of Islamic Republic of Iran’s Air Force with 60 successful war missions, in 15th of Mordad of 1366 after an Air reconnaissance became martyr with Anti-aircraft defense of enemy.

Lions of the day and Hermits of the Night

I Will Never Forget That Night

From Farewell to Martyrdom