He, MoharamAli, is married and has a martyred boy, Mahdi Parsa who was born in 8th of Farvardin of 1366, and a girl by the name of Zainab. 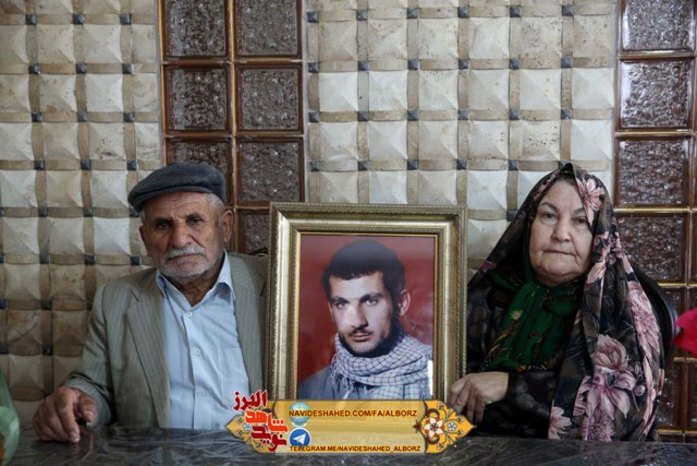 He, MoharamAli, is married and has a martyred boy, Mahdi Parsa who was born in 8th of Farvardin of 1366, and a girl by the name of Zainab. The martyr after few years Jihad and fighting and propagating in battles of Lebanon, Syria and Kurdistan became martyr in 1th Karbala operation in Mehran.

Especial report of NAVID SHAHED of Alborz: One day you gave your child for Iran and now doing everything for production and occupation of dear Islamic Iran … fathers who one day gave their best valuable wealth for Iran and today turning the production wheel of country.

These earthly fathers with heavenly attempt trying hard and with everything that they had made a little Paradis in the earth till with their empty and powerful hands make proud the creatures of their God. These entrepreneurship fathers in past days took weapon and with their Childs fight in battles and today attempting for developing Iran, which is not less than scarification and martyrdom. Should kiss the hands of these fathers and attributed their attempt.

"MoharamAli Parsa” the father of martyr Mahdi Parsa in all of his life was trying hard and today in his 77 years old raising fruit trees in a garden around the village of Saeed Abad in Hashtgerd. Many people and families in different seasons work on his field, which in fruit harvest season more than 100 day laborer working in his farm.