As July 11th marks the 21st anniversary of the barbaric massacre of over 8000 Muslims in Bosnia and Herzegovina, Muslims are still being massacred in Palestine, Kashmir, Yemen, Syria, Iraq, Pakistan and elsewhere in the world. 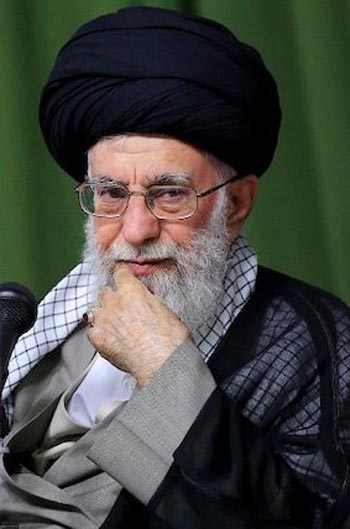 As July 11th marks the 21st anniversary of the barbaric massacre of over 8000 Muslims in Bosnia and Herzegovina, Muslims are still being massacred in Palestine, Kashmir, Yemen, Syria, Iraq, Pakistan and elsewhere in the world.

'In Occupied Palestine, the United States is the most pivotal factor for the obtuseness and effrontery of the Zionist; and it’s the most important factor in driving most Arab states into compromising with Israel’s excessive demands. Without U.S.’s support, the reactionary regimes in the region, which have been known for obsessively obeying the U.S., would not have turned into defenders for the usurper regime; and those who should have acted upon their Islamic duty, fighting against Israel, would not have dressed up to skirmish with those who oppose Israel. Without the unconditional support of U.S., the usurper regime couldn’t have committed such grave crimes, like that of the Ibrahimi Mosque massacre (The 1994 Cave of the Patriarchs massacre) then, so aloofly find a safe haven from the consequences. We can draw parallels from those events and from the crimes against Muslims in Bosnia and Herzegovina.

The historic genocide in Goražde and Sarajevo, carried out by the Serbs, is one dark stain for mankind, in contemporary history; the responsibility, of which, rests upon shoulders of the global domineering powers, particularly, the United States. Had it not been for their interventions, and their policymaking, the Muslims of Bosnia would not have been deprived of arms, while going up against heavily armed and well equipped Serbs; thus, a tied-handed and sieged nation would’ve never fallen victim to bloodthirsty, aggressive and persuaded invaders. What is more painful is that U.S. and NATO, ruthlessly, paved the way for the massacre of Bosnian Muslims: they persuaded the U.N. and its Secretary General into accepting the same policy, which gave consent for the eradication of Bosnian Muslims by Serbs. A few weeks later, after much atrocity, in which a barbaric attack took the lives of thousands of innocent Muslims, young and old, women and children, leaving the people of Goražde with major grief, they (US and NATO) stopped the torture by threatening the Serbs via aerial bombardment. And they called it a humanitarian move by declaring impartiality! Can an executioner, who stops torturing someone only after hours and days, claim he is humane because he didn’t continue the torture? You can observe all the same, seemingly impartial, but practically aggressive stance towards Muslims taken up by the U.S. and their European allies: like, Britain, in all matters where Muslims, on each side, are suppressed and coerced by their enemies, for example; the tragic events in Kashmir; and the excessive sorrow that has befallen the Muslims of Karabakhand Tajikistan. Wherever a government or a population speaks of Islam and strives for the rule of Islam, they are unconditionally insulted, accused, cracked down and shown vicious animosity by the United States. Clear examples of this include: the government of Sudan; Algeria’s Islamic movement; Lebanon’s Hezbollah; Palestine’s Hamas and Islamic Jihad; Muslims in Egypt; and so on and so forth. In all these cases, the arrogant powers of the world, the U.S. in particular, cast a biased and tribalistic behavior.

The stories of U.S.A’s vicious feuds, coupled with belligerence and injustice, towards the Islamic Republic of Iran - which have often failed by the Will of God- are separate accounts known to many across the world. Does the great Muslim nation (the Islamic Ummah), along with its chiefs, intellectuals, politicians or religious scholars, not have any responsibility towards the agonizing situations of Muslims around the globe?'

Ayatollah Khamenei's statements made in a message to the Great Hajj Congress; May 15, 1994