Imam Khomeini who was concerned for the presence of American, British and Israeli advisors in Iran and their harmful performance became informed of the details of Capitulation right for American militaries some few days after its enactment by National Consultative Assembly. He immediately called on Marjas and clergies of Qom to convene their weekly meeting and also sent some telegraphs and messages to inform the clergies of other cities of the issue. 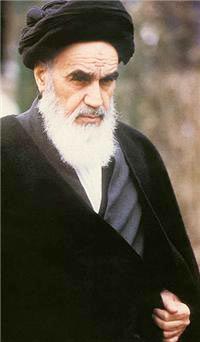 Imam Khomeini who was concerned for the presence of American, British and Israeli advisors in Iran and their harmful performance became informed of the details of Capitulation right for American militaries some few days after its enactment by National Consultative Assembly. He immediately called on Marjas and clergies of Qom to convene their weekly meeting and also sent some telegraphs and messages to inform the clergies of other cities of the issue. Then he announced that he would deliver a lecture in his house on October 26. Being informed of Imam’s decision, the regime sent a messenger to Qom to dissuade him, but Imam Khomeini refused to visit him and so his son Haj Agha Mostafa met the messenger. In this meeting the messenger warned, "… The US has employed all its power to gain prestige among Iranian people. It spends money and is in a position that any attack on him is far more dangerous than attack to the Shah itself. If Ayatollah Khomeini is preparing to deliver a speech in these days, he should be very careful not to say anything irritating the US government which will be very dangerous and responded by harsh reaction of them. Anything else, even blaming the Shah, won’t be so banned.” Regardless of these threats, Imam Khomeini declared that he would deliver a speech on October 26, concurrent with the birthday anniversary of Hazrat Zahra (SA). In that morning, Imam Khomeini who seemed very infuriated delivered his epochal speech in the gathering of thousands of people gathering together in his house and surrounding alleys. Launching his speech in the name of God, Imam continued with ‘To God We Belong and To Him We Return’ that showed the depth of the great disaster imposed on Islam and the Muslims. He also expressed his heart sorrow for this disaster and declared public mourning: Iran has no Eid anymore. They turned our Eid into mourning… and illuminated. They made mourning and danced collectively… They sold the independence of the country and still illuminated and celebrated. If I were them, I would ban these illuminations. I would say to hoist black flag atop of bazaars and houses; hoist black veil.” Imam Khomeini’s revealing and stirring speech was accompanied by people’s yammer. After this introduction, explaining the details of Capitulation bill enacted by the Majlis, Imam illustrated its socio-political implications with some examples: "If an American servant or an American cook assassinates your Marja in the bazaar or knock the stuffing out of him, Iranian police is not allowed to stop him, Iranian courts do not deserve to judge him… the case must be referred to the US and be decided there by American lords… The [Iranian] government flagrantly favored this heinous plan. Iranian nation was bestowed an inferior position than American dogs… Why? Because to win American favor to grant them loan.” Imam Khomeini blamed the Majlis and government for this shame and scandal and emphasized that if the clergies were in the Majlis they wouldn’t allow the US, Britain and Israel to control the fate of the country and impose their wills on the nation and would prevent an American puppet, the Prime Minister, from committing such a fault. Then, he modestly warned the Army, politicians, merchants, Marjas, clergies and scholars of the risks of this disgraceful law and addressing the Shah reiterated, "What is the benefit of American advisors and militaries for you? If the country is wholly controlled by the US, then why so much jangle? Why so much speak of progress? If these advisors are your servants, then why bestow on them a position higher than the lords? If they are servants, treat them as deserves the servants.” Then, explaining the misery of people, foreign debts of the country and its increasing dependence on the United States, he cried, "God knows one who does not cry is sinful; God knows one who does not cry has committed a Deadly Sin.” In addition, he called on the clergies of Qom and Najaf, Muslim nations, Islamic leaders and the Presidents of Muslim countries to come to Iranian nation’s assistance and also severely condemned all Western and Eastern powers, at the head of them the US, for favoring and backing the Shah. "America is worse than Britain, Britain is worse than America and the Soviet Union is worse than both of them. Each one is worse than the other; each one is more abominable than the other. But today we are concerned with the malicious America. Let the American President know that in the eyes of the Iranian nation, he is the most repulsive member of the human race today for all the injustice he has imposed on our Muslim nation… today, all our misfortunes originate from the US, originated from Israel. Israel also affiliates to the US; these representatives also affiliate to the US; they are all American puppets. If not, why don’t they stand against the US?” Imam reiterated that the representatives of the two Iranian Majlises (National Consultative Assembly and the Senate) were not the real representatives and even if they were so previously, their approval of the bill or their silence in face of it had discredited them for people. At the end, Imam addressed the audience and clergies and said, "You are duty bound to inform people of this plot and object the representatives of the Majlis.” The speech was concluded with Imam’s prayer and people’s Amen.

In addition to this speech, Imam Khomeini issued a declaration revealing and condemning the disgraceful action of the Majlis and government in enactment of Capitulation bill, calling it "admission of Iran’s being colonized”, "A document pointing to slavery of Iranian nation” and "The most heinous and derogatory false legislation of villainous governments”. He also wrote, "Now, I declare that this infamous legislation of the two Majlises is contrary to Islam and Quran and so invalid. It is contrary to the vote of the Muslim nation. the representatives of the two Majlises are not the representatives of people but the representatives of the bayonet. Their vote is worthless in the face of Islam, Quran and people and if they are going to abuse this filthy vote, people will punish them.” Imam once again introduced the US which had supported Israel to displace Muslim Palestinians, dominated Iranian government and Majlis, disdained and restricted the clergies, and propelled the merchants and farmers towards poverty and bankruptcy with its so called White Revolution as the root cause of misfortune of Iranian nation and all Muslims of the world. Then he recommended people, "It’s on Iranian nation to break the chains. It’s on Iranian army to prevent such disgraceful proceedings in Iran… overthrow this government and expel the representatives voting aye to this bill from the Majlis… It’s on clergies and scholars of the seminaries to call on all clergies of the world to break their silence… It’s on academic youths to fervently oppose this flagrant plan… It’s on Iranian students abroad not to remain silent in face of this vital issue that has endangered the fame and honor of our nation and religion.” Imam’s speech and declaration provoked different reflections, but it didn’t immune from the regime’s reaction. After reviewing the plan for some days, it was decided, directly ordered by the US, that Imam Khomeini be sent into exile. Hence, at the midnight of November 4, 1964, dozens of commandos secretly surrounded Imam Khomeini’s house, trespassed it and comprehended him. Imam was immediately transferred to Tehran and Mehr Abad Airport by a Chevrolet. At Mehr Abad a cargo plane, provided under direct decree of the Shah, was awaiting him to transfer Imam to the place of his exile, Turkey, accompanied by two security officers. The very same day the Radio and press of the country transmitted the news of Imam’s arrest and exile in a single statement:

Based on reliable information, sufficient reasons and evidence, and since Mr. Khomeini's behavior and his instigations were seen as being a threat to the nation and the security, independence and territorial integrity of the country, he was sent into exile on November 4, 1964

A speech by Imam Moussa al-Sadr