Martyr Seyyed Mostafa Khomeini, the son of Imam Khomeini, was born in Qom in 1930. He was so talented that achieved the level of Ijtihad in his early youth. 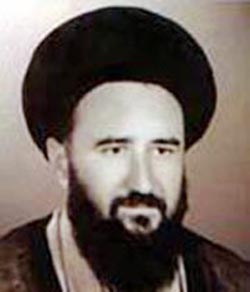 Martyr Seyyed Mostafa Khomeini, the son of Imam Khomeini, was born in Qom in 1930. He was so talented that achieved the level of Ijtihad in his early youth. He accompanied Imam as a companion and advisor since the very beginning days of Imam Khomeini’s movement in 1962. He was comprehended subsequent to uprising of June 5, and after Imam’s exile he was once again arrested by SAVAK for his anti-regime protesting activities. Eventually the regime’s agents trespassed his domicile on January 3, 1964 and exiled him to Turkey. Upon arriving Najaf, he continued his struggle shoulder to shoulder with Imam Khomeini besides engaging in study and scientific activities. He was arrested and then transferred to Baghdad in 1969 subsequent to a chain of anti-Baathist activities. Finally, Ayatollah Seyyed Mostafa Khomeini was mysteriously martyred at the midnight of October 23, 1977. His martyrdom enlivened the Islamic movement of Iranian people and turned into a comprehensive revolution that ended up in collapse of Pahlavi Regime. Maybe it was for the very same reason that Imam Khomeini credited his martyrdom as hidden Divine intervention