There was a man beside martyr Amlaki who had not mask when the Bathi forces used chemical weapons, martyr Hussein Amlaki rejected his mask and put it on his face! This is the Hero! He lived like Imam Hussein (AS) and he taught us the lesson of "Issar". 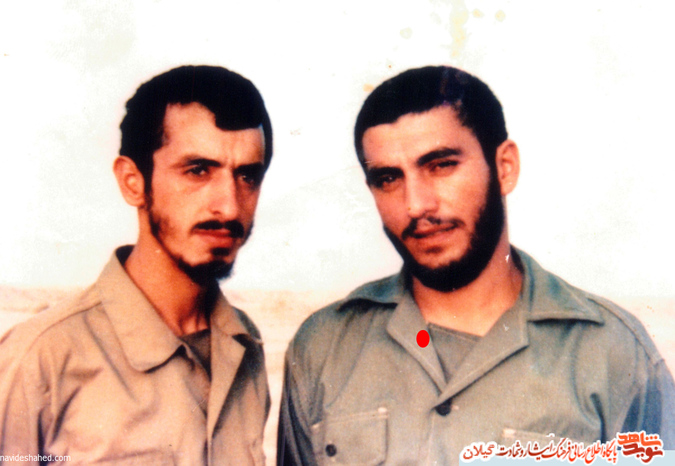 Navideshahed: This is the Hero! When the Bathi forces used chemical weapons, martyr Amlaki rejected his mask from his face and put it on the face of man who was beside him while he himself needed it. These actions will never forget and we will remember them in our daily life. Iranian supreme Leader Sayyed Ali Khamenei said among the people of Gilan.
Martyr Hussein Amlaki was born in 1961 at the night of Ashura in Koulak village, Langarud city. His family put his name as Imam Hussein's name.
Martyr Hussein Amlaki participated in the different operations "Valfajr 1st", "Valfajr4", " Valfajr6", " Valfajr8" and "Badr" he also played an important role in all the operations.

After the "Valfajr 8 operation" Martyr Mahdi Khosh Sirat and Martyr Hasan Rezvan Khah joined him and took the responsibility of Quds Battalion". Finally he had reached his wish and martyred by the Bathi Forces as they used chemical weapons in 1988.
Message End/
Tags:
martyrdom ، martyr ، chemical victim
Subscribe to newsletter