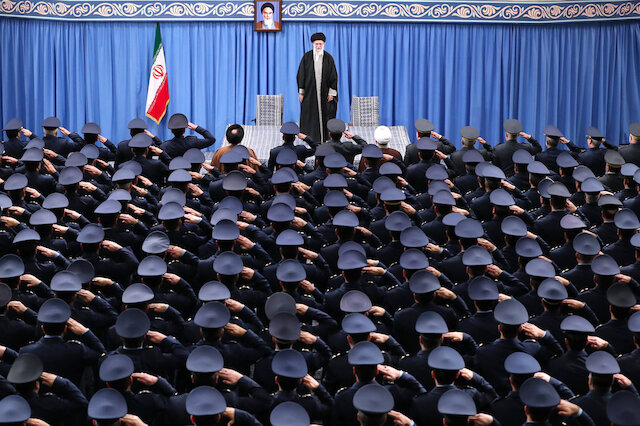 NAVIDESHAHED: The following is the excerpt of the statements his eminence made at this meeting: "During the Pahlavis’ rule, the Air Force was one of the closest forces to the regime and the U.S. At the most sensitive time, it suddenly turned in favour of the Revolution, starting on Feb 8, 1979. This caused the enemy to receive a blow from where it didn’t expect it.”

"Sanctions against Iran were there from the beginning and have now become intensified. Sanctions are literally crimes, but they can be turned into opportunities and save Iran’s economy from reliance on oil. Reliance on oil leads to ignorance of domestic potential and strengths.”

"Iran must become strong in all fields. One part is the military. We don’t seek to threaten anyone. Rather, our military power is for preventing the enemies’ threats. If you are weak, the enemy will dare to hurt you. We should be strong in order to prevent a war.”
Tags:
khamenei ، islamic revolution ، faj
Subscribe to newsletter