The latest issue of Shahed Yaran monthly magazine published with the title of “The Lion of Dareh Maroun” in the memory martyr Hedayatollah Tayeb. 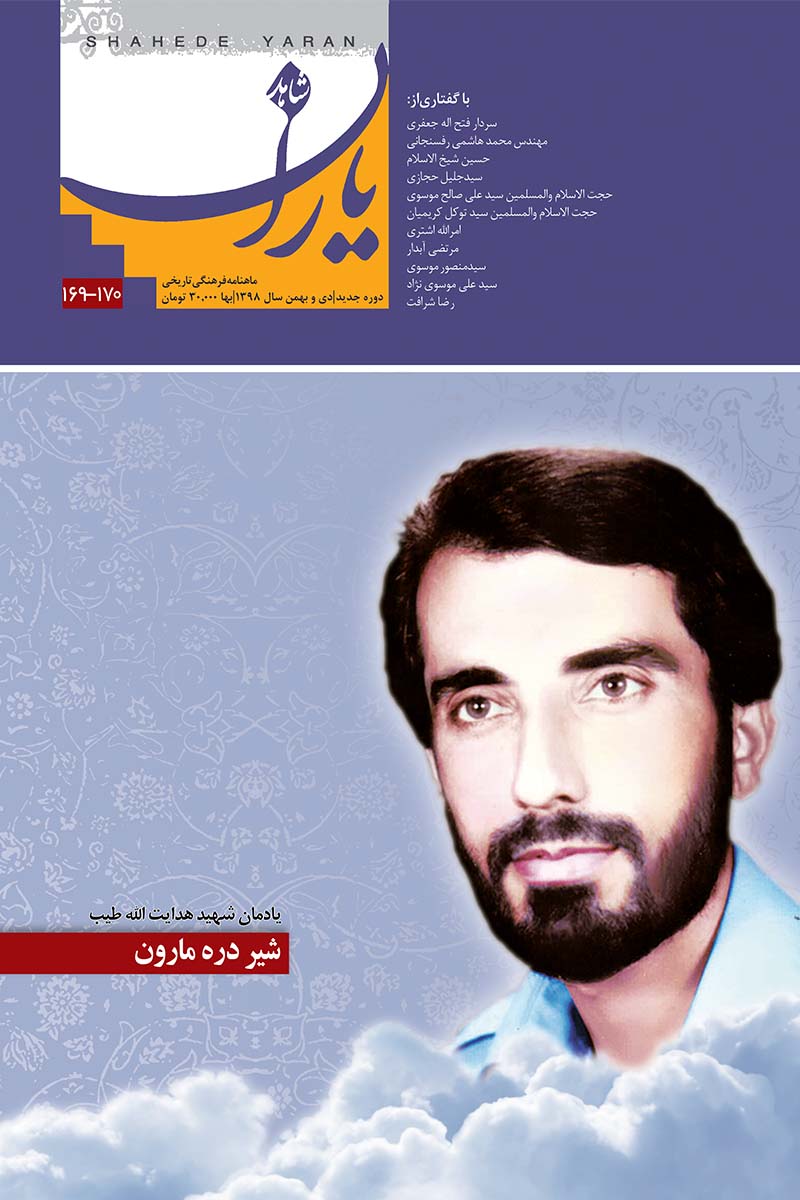 Navideshahed: 169th and 170th issue of Shahed Yaran monthly magazine published in the memory of the martyr Hedayatollah Tayeb with the title of The Lion of Maroun valley.

Hedayatollah Tayeb thought about martyrdom and wished for it from his childhood to the last moments of his life, when he suffered from tortures of SAWAK but he continued his path. Imam Khomeini (RA) was his real pattern.

Martyr Tayeb was the founder of the Islamic Association among the Muslim students in the USA, in fact he played the role of cultural ambassador of the Islamic Revolution, Sayyed Kamal al Din Dowlatkhah explained in brief. He usually spoke rationally. When he lived at the secular society, tried to defend from the Islamic pattern and showed them that the Iranian nation are able to stand against the crucial sanctions, he continued.

Finally he left America and participated at the forefront…. When we asked him about the reason? "War is the best University for me”, martyr Tayeb replied.

The following monthly magazine published by Mohammad Hasan Kaviani Rad as the director responsible and Rahim Narimani as the editor-in-chief.