Supreme Leadernof the Islamic Revolution Ayatollah Seyyed Ali Khamenei late on Friday called on the family of the IRGC senior commander Lieutenant General Qasem Soleimani's at his home to convey his condolences over the martyrdom of the sincere and high-ranking combatant. 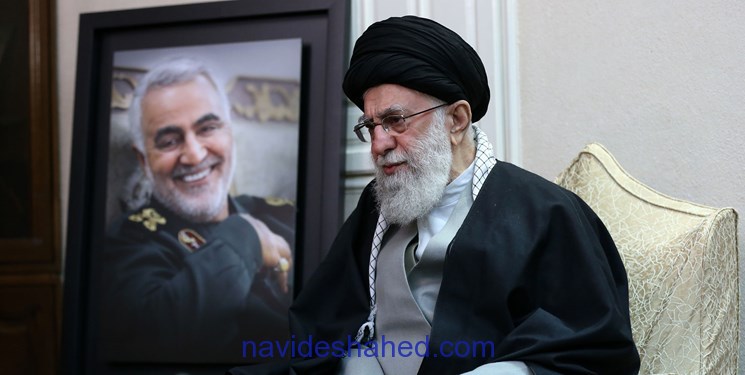 Iraqi media quoted official resources as saying that the General of Iran’s Islamic Revolution Guard Corps (IRGC) and the Deputy Commander of the Iraqi Popular Mobilisation Units (PMU), known as the Hash al-Shaabi, Abu Mahdi Al-Mohandes, who were separately leaving Baghdad airport in two cars were targeted and assassinated on Friday morning.

He also appointed Brigadier General Esmail Ghaani as the successor of Lieutenant General Soleimani to lead the IRGC Quds Forces.

The new commander used to act as the chief deputy for Lieutenant General Qasemi who was assassinated by the US forces in Baghdad on Friday morning.
Tags:
navideshahed ، martyrdom
Subscribe to newsletter