The memory of supreme leader about martyr Rajaei and martyr Bahonar

The supreme leader said: I was sick and I had just left the hospital. I was resting in a house close to Niavaran Neighborhood and I would get information about the situation as well. The late martyr Rajaei and martyr Bahonar and the other brothers would come there and they would discuss the issues with me. Therefore I myself could not have an active participation in the affairs. 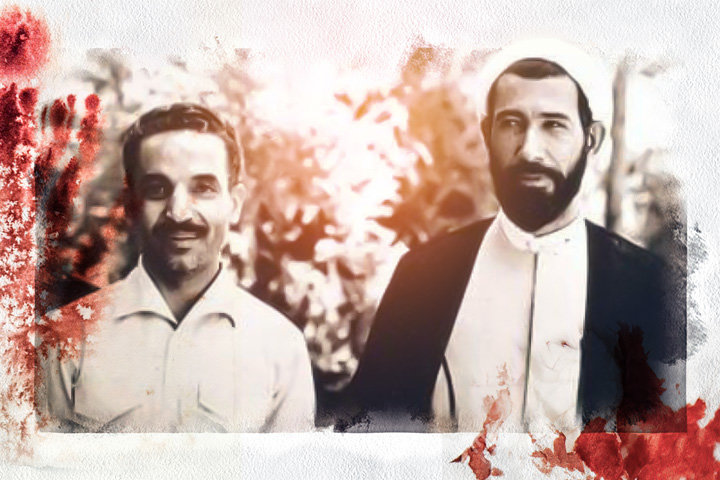 According to Navideshahed quoted by the Information Website of the Foundation for Preservation of the Works of the Grand Ayatollah Sayyed Ali Khamenei, the research and cultural institute of Islamic Revolution, Ayatollah Khamenei in a press conference regarding the event of August 29 on August 17, 1982 said:

During the recent times I had a better health condition. Sometimes I would take part in the meetings; also at a night before the event, I took part in a meeting in the room of the late Rejaei and we talked about the significant and important issues of country. Therefore we were so far away from the event place (the explosion) and in the afternoon I was sick and I was resting. When I woke up I heard something from the guards and the brothers who were so close to me. They were whispering something. I said: What is the matter? They informed me that a bomb has been exploded at the prime ministry headquarters. I said: Who was there? They said: Rejaei and Bahonar were there too. I got worried about the issue so much. Although I was so sick and weak at that day, but I went to the telephone and I telephoned to different places, but the news were concerning and contradictory. Someone would say that their health condition is good, someone would say that they are still alive, someone would say that their bodies have not been found, someone would say that they are in the hospital and I was so worried about the issue from at the beginning of the night because I did not have an accurate news about them; but eventually everything was cleared up for me.

My feelings for that moment were absolutely natural. I had lost my two old and respectful friends. They were my friends and they were two revolutionary agents. In fact they could be considered as two first ranking agents of the Islamic Republic of Iran and I had been so sad about the issue. I felt that I have faced with much casualty. I was feeling sadness and on the other side I had a feeling of anger towards the agents who had directed the attack. Therefore I woke up in the morning when I had a better health condition and I got on the car. I went to the parliament in order to take part in the funeral procession and although the physicians would ban me that I should not take part in the funeral procession and not to interfere in these affairs, but I could not tolerate that situation and I could not cancel taking part in the funeral. I came to the parliament and I gave speech as I had been so excited. My friends had stood near me in order to protect me because I was sick, because I was so excited too.

Anyways, this event was really bitter for me, maybe it is better to say that it was the bitterest memory of my lifetime until that time, because the event of June 28 which could be bitterer for me occurred when I was unconscious and I could not understand the situation. After that I gradually got familiar with that issue, but this event was informed to me just at once. In fact I should stay that after the event of June 28, it was the bitterest memory of my lifetime which had occurred for me until that time.