Navideshahed: At one night when his father returned from the confectionery, he said: “I don’t like Mujtaba to go to the war at all.” Mir Mujtaba looked down and he slowly said: “If you don’t let me go to the war, from tomorrow I will go on hunger strike.” 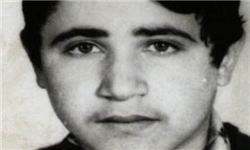 According to Epic and Resistance Group of Fars News Agency, the narration of love has a very beautiful aspect which is so sweet. Reaching God through voluntarily ways is really fantastic but a difficult work which can not be done by all the persons. One of the lovers of God was Mir Mujtaba Akbari. A little part of his biography has been mentioned bellow:

The mother of martyr Mir Mujtaba Akbari says: Mir Mujtaba was born in 1968. In the September of 1984 he was 13 years old and he was studying at the second year of guidance school.

When he said: "I want to go to the war, my heart started beating. He was too young for going to the war.”

I said: "What a situation is this? You go to the school in the morning, during the nights you don’t give up staying in the mosques, what is wrong? I swear to God, you will die Mir Mujtaba!

My dear son, when you leave school, I want you to come home and from here go to the confectionery in order to help your father. You should know that you are his son, aren’t I your mother? So why don’t you listen to my words?

At one night when his father returned from the confectionery, he said: "I don’t like Mujtaba to go to the war at all. Going to the war is not a joke. Mir Mujtaba looked down and he slowly said: "If you don’t let me go to the war, from tomorrow I will go on hunger strike.”

When he expressed these words I did not know whether I should laugh or cry.

I said: What is your hunger strike?

Mir Mujtaba said: "Hunger strike is a kind of ideological fighting. In fact the humans do such strikes in order to reach their goals.”

The father got so sad and he said: "Where did you learn these words from? Are these words written in your books?!”

I caressed his head and I smelled and kissed him.

Mir Mujtaba knelt and kissed my forehead. After that he kissed his father in order go apologize from him and not to make him sad.

After that he went to bed without saying anything.

In the morning he went to school without taking breakfast. His father said: "If he gets hungry he will eat something, don’t worry about this issue, he only said something, I don’t think he was serious about his words.”

When Mujtaba came back from the school at noon, he did not eat anything and he directly went to his bed to sleep.

In the evening he woke up and he performed his prayer and again he did not eat his dinner.

In order not to break my heart, he laughed and he ate a morsel of foods and then he went to his bed once again.

It does not mean he would not eat anything, but he would eat only a little food. His condition had got so worse and critical in a way that he was getting thinner and weaker day by day. He was physically weak, so in order to prevent this situation I told his father: "I can not tolerate that Mir Mujtaba to get sick. We must doing something without making him to notice what he has done. We must do something that he cancels going to the war.”

I went to the local Basij and I described the story of Mir Mujtaba to them.

When they noticed that he is only 13 years old, they said: "You can give him a permission letter, but since he is 13 years old, he can not go to the war legally as long as he gets 15 years old.”

I got so happy. I came home and I informed his father about this news. Since he was so young and his age was so less, we provided a permission letter to him and we thought that the Basij center won’t send him to the war. Therefore we decided to pretend that we are satisfied if he wants to go to the war.”

When I told Mir Mujtaba: "He jumped up the same as butterfly. He brought the permission letter to us so immediately and we signed it.”

I said: "Didn’t you say that each of us I mean your father or me if we sign it can be enough for your dispatch to the war? So your father signed it.”

He said: "my mother, I want my permission letter to have two signatures in order to be able to go to the war without any errors by the Basij center…”

He ate so much food at that night and he did not sleep due to the excitement of war until morning.

He would not go to the school anymore. He was trying to making his dispatch work done. He would pray during the days and nights that we do not feel regret for what we have done for him. We were so relaxed that the authority of the Basij has promised us that they won’t send him to the war because of his young age.

After a few times, when it was the dispatch time, he picked his bag. Therefore in order not to make him doubt about the issue, we went to the Basij center along with him. All the guys who wanted to be dispatched to the war, they had gathered in the yard of Islamic Revolutionary Guard Corps of Gorgan city.

They were saying goodbyes to their families and each of them would go to the bus on turn. When it was the turn of Mir Mujtaba, we noticed that the authority of dispatch said: "You can not go to the war; your age is not legal. Mujtaba started crying in tears. He was weeping and begging them to allow him to go to the war. They did not accept his request though he begged so much. He cried and wept so much in a way that I was getting sad for what I had done. I was telling myself, why I have done this, it is better that I let him go to the war.”

But my heart would not let…

I don’t know from where Mir Mujtaba on the four-meter wall of the Islamic Revolutionary Guards Corps center of Gorgan city and when I saw that seen, I started crying…

He shouted and said: "Hey people who can stand against the enemy!?”

If today the Islamic Revolutionary Guard Corps don’t allow me to go to the war today, I will jump from this wall and commit suicide.

The Dispatch authority who himself really wished to go to the war but he had not been able to go there due to his age, he felt jealous about Mujtaba; because his face turned red and it seemed that he felt shy too…

Mujtaba shouted: Hey, I want you to do your promise; you must send me to the war…

The Dispatch authority said: "Yes boy, come here. I promise to send you to war. You can go to the war just right now. You have given your permission letter, why shouldn’t send you to the war, come here and go to the war…we believe that your age is legal too. So come here…”

Even the Dispatch authority…

Mir Mujtaba Akbari was martyred on December 20, 1981 during a military operation which took place for the liberation of the city of blood (Khorramshahr). He was only 13 years old at the time of martyrdom.