About the Book: "Farangis"

NAVIDESHAHED - The book Farangis is the story of braveries of Ms. Farangis Heydarpour, a lioness from Gilangharb territory, written by Ms. Mahnaz Fatahi. 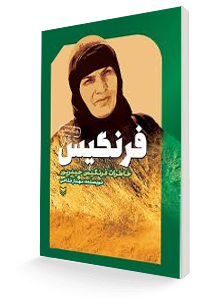 It is a readable story about the resistance of Iranian women against Ba’ath Party invaders during the Holy Defense. In 1980, after the Iraqi invasion of Farangis’s place of birth, the people fled to the surrounding valleys. Farangis, who was 18 at the time, returned to the village at night with his brother and father to get some food. But along the way, Farangis’s father and brother are killed in clashes with Iraqi agents, and Farangis without a firearm engages with the Iraqi soldiers using her father’s ax, killing one and capturing the other with all the battle equipment and submits him to the command headquarters of Iran’s army.

This book has been praised by the Supreme Leader of the Islamic Republic of Iran and the acclaimed it as such:

"The untold and important part of the events during the defense can be found in this book thanks to the biography of this brave and devoted lady. The brave Ms. Farangis has spoken to us with the same firm and powerful spirit, and the honest and sincere language of a peasant, and with the delicate emotions of a woman and has shown to us an unknown and important area of ​​the imposed war’s geography in detail. We never knew about the situation of borderline villages during the war and their many disasters and homelessness and starvation and property damages and devastation and heartbreaking fate of their loved ones with the clarity and detail that has been presented in this sincere narrative; neither knew about self-sacrifices by their youth who were the first ones to confront the invading enemy. The story of murder and capture of the enemy by this brave lady is in itself an independent and exceptional tale that happened only once again in Susangerd at the same times. Lady Farangis must be acknowledged and must be thankful to the author of the book – Ms. Fatahi – for her fluent and eloquent pen and the art of interviewing and memoir writing.”
Tags:
Farangis ، Holy Defense ، Mahnaz Fatahi
Subscribe to newsletter