The captivity of martyr Tondguyan according to the Saddam's daughter claims 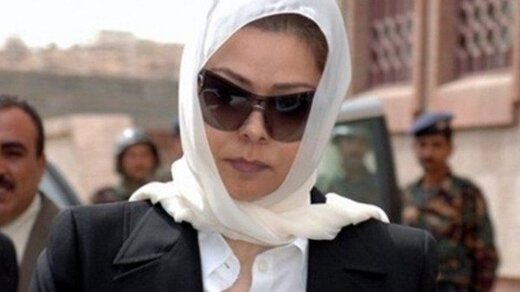 Navideshahed – Raghad Hussein, the first daughter of the former Iraqi dictator (Saddam Hussein), published a writing from his father after three decades which indicates that martyr Mohammad Javad Tondguyan, The Islamic Revolution Oil Minister, martyred for the hard tortures of the Bathi regime in the Iraqi prisons. The following manuscripts opened a new document from the Bathi regime crimes.

Raghad Hussein claimed that her father (Saddam Hussein) ordered to the Iraqi forces to have good behavior with martyr Tondguyan during the captivity period and he must not be under the pressure of the Iraqi security forces.

The following writing refers to the 24/12/1982 that Saddam Hussein was ordered: "have a good manner with the captivated Iranian oil minister and provide all his needs and he must not be under your pressure … stop them all and send me a report on this title per month". 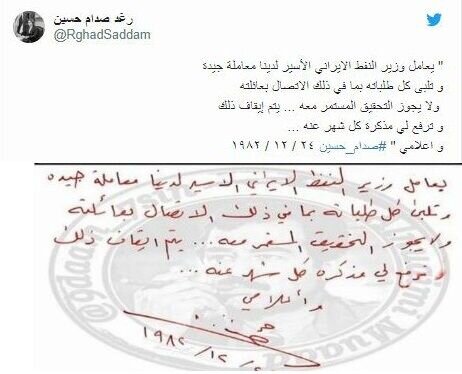 Raghad Hussein tried to make the former Iraqi dictator innocent while we read in the memories of Ayatollah Akbar Hashemi Rafsanjani that he mentioned "Mohammad Javad Tondguyan martyred during the captivity period … some of the Iraqi forces had informed him by the The International Committee of the Red Cross". 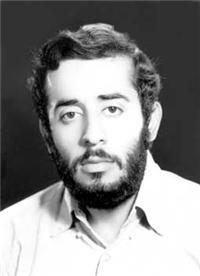 Here is a short biography of the martyr Mohammad Javad Tondguyan:

Mohammad Javad Tondguyan was born in Khani Abad (name of a region in Tehran) in 14/06/1950. He was involved in opposition movement against Shah Mohammad Reza Pahlavi in 1967 and was detained and interrogated by the SAVAK. During this period he met Mohammad Khatami. Tondguyan worked for various oil companies in Iran until the 1979 revolution. After the revolution, he was appointed deputy science minister.
In September 1980, he became oil minister in the cabinet of Mohammad Ali Rajai, replacing Ali Akbar Moinfar in the post.
Tondguyan was captured by the Iraqi forces on his tour to the fronts on the Abadan road in Khuzestan Province on 3 November 1980 at the initial phase of the Iran-Iraq war which lasted from 1980 to 1988. His deputy and a ministry official were also captured with him.
They were reportedly taken to Baghdad. In October 1990, the Iraqi officials stated that he committed suicide two years after his captivity.
Tondguyan"s body was delivered by the International Committee of the Red Cross (ICRC) to the Iran government in 1991.
ICRC reported that he was died of torture after eleven years of detention in Iraqi prisons.