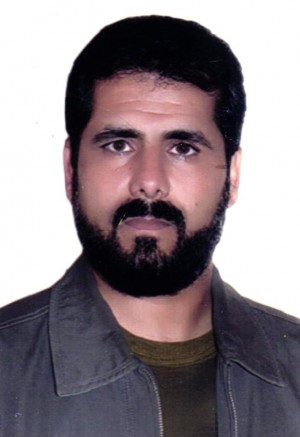 He was a top student during the years, as he took he took his diploma in 2012. He had joined the Islamic Revolution Guards Corps and started his military service at the Imam Zaman (AJ) battalion. He got married in 2001. He had two sons, Meisam and Yaser.
Muharram was too eager to be active at the cultural - religious activities ... he had an active role at the cultural - religious ceremonies. He usually encouraged people to study and reaching knowledge. He was graduated in 2012. Finally he was martyred in 24/04/2014 during his mission by the Daesh Terrorist Groups.
Message End/
Tags:
navideshahed ، issar and martyrdom ، shrine defender martyr ، daesh ، syria ، Muharram alipoor
Subscribe to newsletter