Stunned by the Iranian Innovation

After the Ramadan operation, the Bathi forces understood that Iranian forces tried to be closer to Basrah to create more pressure against the Iraqi forces. 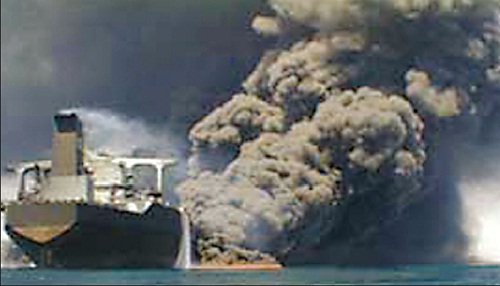 After the Ramadan operation, the Bathi forces understood that Iranian forces tried to be closer to Basrah to create more pressure against the Iraqi forces.

Navideshahed - After the Ramadan operation, the Bathi forces understood that Iranian forces tried to be closer to Basrah to create more pressure against the Iraqi forces. The writer tried to show the Iranian Air Force bravery. Martyr Babaei and his friends stood against their attacks.

France helped the Iraqi regime during the sacred defense after United States and England as the 3rd producer of military weapons in the world. They also were ready to give the Bathi forces atomic bomb to prevent the fall of Sadam. The France government gave 60 Dassault Mirage F1 to the Bathi regime on 1981 by Valéry Giscard d'Estaing.

The weapons were delivered daily.one of the NATO's station which was located at the center of France was changed Iraqi Air Forces Antonov. They entered to the airport daily and transferred the French missiles and cluster bombs to Iraq. If France stopped sending weapon to Iraq only for 3 weeks, they would fail, The France security organization declared on 1986.

It was 1983, the enemy increased its attacks toward the residential area since the fear of repetition 2nd and 3rd Valfajr operation. The Bathi forces bombarded Andimeshk and Dezful. Marivan was also under the heavy rain of bombs. The Bathi regime tried to justify their attacks and crimes. The second Valfajr operation started on 1983 in the west of the operational region, cutting the relation among the anti – revolutionary forces and Bathi regime. During the operation the Iranian forces reached 200 cars, 10 Loaders, 200 weapons, 10 machine gun and 1000 Bathi captives.