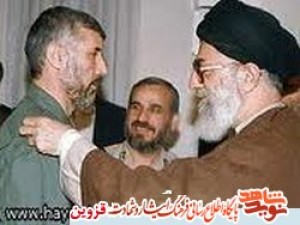 Martyr Hussain Lashgari was born in Qazvin on 1952. He really loved to be a pilot. Finally he was graduated on 1977. As he finished the training courses at the Islamic Revolution Air Forces in Dezful, Mashhad and Tabriz. He had joined to the country defenders from the beginning of the sacred defense. Finally he was martyred after committing 12 missions and his airplane was shot by the Bathi forces. 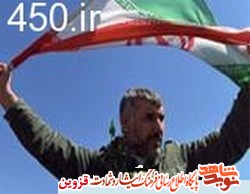 The Master of Captives

It was 11:00 P.M one of the air force commanders came and told me that tomorrow you will receive your military rank by the Supreme Leader of the Islamic Revolution, I could not sleep the night. In the morning I woke up at 7:00 A.M, we moved toward the house of leadership. It was 9:A.M that Ayatollah Khamenei entered the office. Suddenly we stood for the respect. 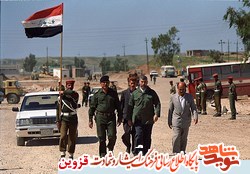 At first General Najafi started to explain about the captives periods, as he started to speak about me … Ayatollah Khamenei called me as "The Master of Captives of Iran". At the end of the session the Supreme Leader presented my military rank. That was a memorable moments for me in which I cannot forget it at all. It was impossible for me that a captive who had no value some days ago and now stood in front of the first character of the country.