The Biography of the Mina stampede martyr "Haj Mohsen Fallahi"

Haj Mohsen Fallahi had finished his education at the mechanic engineering field. He started his military services during the imposed war in 1982 to 1983 for 18 months.

Navideshahed - Martyr Haj Mohsen Fallahi was born in a religious family in Shahreza at the Podeh village (city in the Isfahan province) in 1963. He had six brothers and a sister. He was the 7th child in the family. He had finished his education at the mechanic engineering field. He started his military services during the imposed war in 1982 to 1983 for 18 months. Because of the unstable situation of the country during the sacred defense, he had preferred to stay at the fore front and protect his country for more 6 months. He had spent his military period at the Ajabshir Garrison. 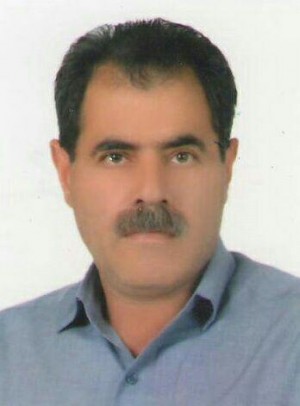 He got married in 1985. The result of that lovely life was 3 children. 2 boys and a girl. The Compassionate and kind father worked beside his father at the butcher shop until 1991. Finally he hired at the Foolad Mobarakeh Sepahan Company as a worker. Mohsen Fallahi and his wife went to Mecca in 2015 to perform their Tamattu Hajj.

Haj Mohsen injured at the Mina Stampede "On 24 September 2015 an event described as a "crush and stampede" caused deaths estimated at well over 2,000 pilgrims, suffocated or crushed during the annual Hajj pilgrimage in Mina, Mecca, Saudi Arabia. The high number of deaths caused by the disaster make it the deadliest Hajj disaster in history" and went in coma at the Makel Abdullah hospital finally he was moved to Tehran but he went in coma again. Finally he was martyred at the Moheb Kousar Hospital in 2015.