Martyr Mohammad Zaman Ataei lived in a crowded family, they were 6 sisters and 4 brothers. He had spent 8 years of studding in his hometown. Finally he immigrated to Iran in 2014 and started to work in a casting workshop in Tehran. 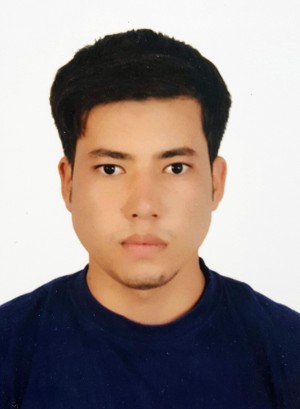 During the unfair attacks by the ISIS Forces against the Syrian people and Ahl-al Bait holy shrine could not keep silence, he had joined the Afganestanian youth of the Fatemiyun Brigade. Despite of the negative propaganda of the western media, he consciously and voluntarily apart from any nation had followed his inner heart desire and got ready to protect the Shia and the innocent people of Syria.

How beautiful it is, that the "Shia Maktab" make the geographical boundaries unite and put the Afganestanian, Iraqi and Hindi etc. youths as shrine defenders who are unite and live like brothers.

When he had finished his necessary training process in Tehran, he went to Syria by Quds Force. He had joined the Fatemiyun Brigade and fought against ISIS (Daesh Terrorist Groups) bravely.

When his mission ended, came back Iran. As he was in Iran he missed those days that was in Syria and thought about Hazrat Zainab (SA) holy shrine.

After a few days he returned to Syria to fight against Takfiri Terrorist Groups. He had never stop fighting and finally achieved his honest efforts and martyred by a bullet war which hit his neck in 2016 and joined the Shrine Defender Martyrs.

After 3 months his pure body returned Iran. Ayatollah Sayyed Ali Dast Gheib performed prayer on his pure body. His funeral ceremony hold in Shiraz by the presence of high ranking officials from Sayyed Ala-edin Hussein (AS) holy shrine. His pure body was buried in the "Dar-ol-Rahme" Martyr's Cemetery of the city.