Navideshahed – the pure body of the country defender martyr moved back to Tehran. Martyr Mohsen Naghibi was from Kermanshah. He was the member of Islamic Revolution Guards Corps, he was martyred by the anti-revolution groups in Saravan (Sistan and Baloochestan province) near the Pakistan border. 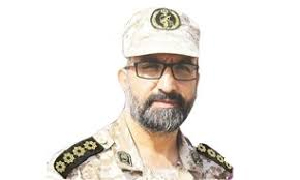 Abdolkhalegh Derazehi was the other force who was martyred during the battle. There were two other veterans who were harshly injured in the battle with the anti – revolution factors.

The funeral ceremony of martyr Naghibi's pure body held in Tehran on Monday at 17 P.M.