Martyr Beheshti accepted our suggestion and came in front of us and started to speak with them in 4 different languages. 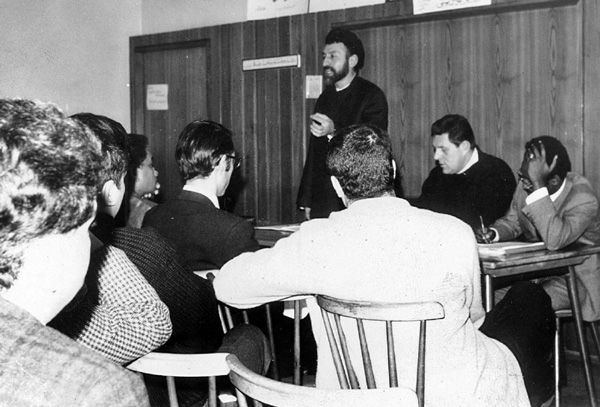 Martyr Beheshti accepted our suggestion and came in front of us and started to speak with them in 4 different languages.

Navideshahed – Mr. Shokoohian who was the responsible of the ministry of foreign affairs, he was an old cleric of the ministry. One day he told me that: it was the last meeting of the assembly of experts and all the foreign ambassadors were invited there. During the meeting they saw the discussion among the experts, it looked boring for them. After the session, I told Martyr Beheshti that it is a good idea to thank them all for their presence in this session, martyr Beheshti accepted and said: I will come there and speak with them.