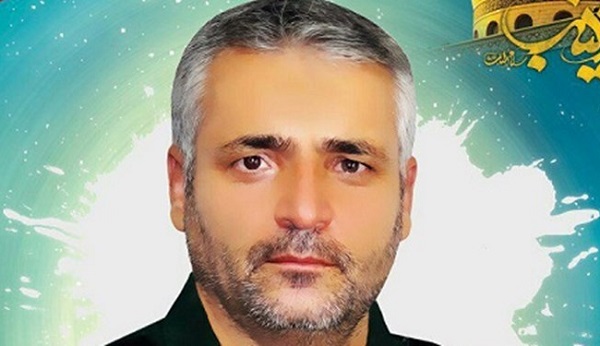 Navideshahed – Hamid Mohammad Rezaei went to Syria in 2015 and never back…one day we heard about his return… finally his pure body returned to our country after the years of participation in the sacred defense. Najmeh Ramezani invited to her husband's funeral ceremony on her birthday. Here is an interview with Najmeh Ramazani that you will read:

When was his first participation in Syria?

He went to Syria in 2012 for the first time. He insisted that nobody should understand this matter specially our children. Our daughter understood that there is a secret among us. She insisted to reveal it for her. Eventually I had to tell her the truth… she loved her father very much… I told her that your father went to Syria to fight against the Daesh Terrorist group. After a time our son understood the matter and got sad since we did not tell him the truth.

As he came back from Syria, he told us he must go to Iraq… suddenly I started to cry and asked him: why you yourself should participate in these operations? It was really hard for me that I did not saw my father since he was at the forefront; I never hugged him as I liked. I did not want to experience it in my life with Hamid. At first I was not satisfied, when he explained me about the Daesh crimes finally I accepted him.

How did you get married?

I grew up in the Islamic Revolution, I participated in the public rallies with my father. I joined the Basij Organization to being beside my father. As my father got sick we went to a hospital in which we got familiar with Hamid's family there. Finally I got married with Hamid.

How was his morality?

He was too kind. He was a taciturn man. His speeches were very valuable and he had a good behavior with others.

Had he any testament?

All the time He insisted that, you should follow Imam Khamenei and never live him alone and he told us to take care of your selves.

Tell us about your last meeting…

He must go to the airport at 4AM. My little son wanted to keep holy Quran for his father. Finally he ordered us to take care of ourselves. He was not a weak person, he spoke firmly. I really felt happy in life with him.

What was your feeling when you saw his pure body?

His funeral ceremony was exactly on my birthday, he always bought a gift fir me at the women's day. Now his return is the best gift for me. I do not know why his pure body returned in such a day…it was really hard for us to wait…we did know whether he was martyred or captive? We all the time thought about him where ever we went. Every day I read the Yasin Soureh for him.