The funeral Ceremony of the 150 Iran's Sacred Defense martyrs

Iran’s sacred defense refers to 1980-1988 Iran-Iraq War during which around 200 thousand Iranian soldiers laid down their lives in service of their countries.
Navideshahed - people in Tehran including martyrs’ families and military and government officials attended a funeral on Thursday June 27 in front of Tehran University to pay homage to 150 newly discovered Iranian martyrs, who died for their countries during Iran’s sacred defense. 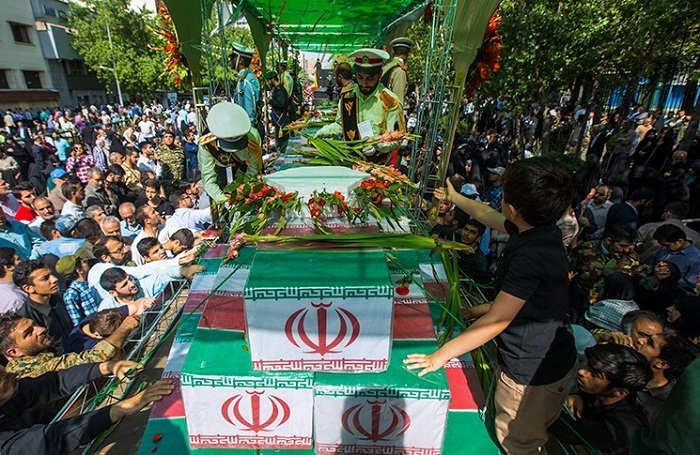 Iran’s sacred defense refers to 1980-1988 Iran-Iraq War during which around 200 thousand Iranian soldiers laid down their lives in service of their countries.

their pure body will be buried in different cities of Iran.