On the occasion of the 30th death anniversary of the founder of the Islamic Revolution Imam Khomeini (RA), a commemoration ceremony will be held today evening in his Mausoleum, southern Tehran. 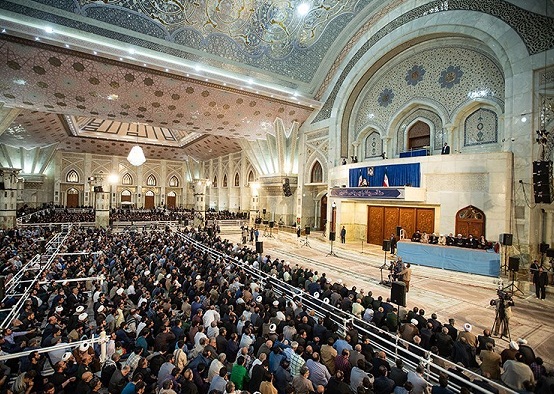 Navideshahed - The Leader of the Islamic Revolution Ayatollah Seyyed Ali Khamenei will address the ceremony, which will be attended by senior state and military officials, as well as thousands of people from different walks of life.

Imam Khomeini (RA) contributed many years of his life to resistance against the US-backed Pahlavi dynasty, and eventually paved the way for its downfall in the 1979 Islamic Revolution.

He spent more than 15 years in exile for his stiff opposition to the last monarch, Mohammad Reza Pahlavi, mostly for his association with Western imperialists.

While in exile, the politico-religious leader, who enjoyed immense public support in the country, continued to guide the uprising against the Pahlavi regime.

He was not allowed to return to homeland during Pahlavi’s reign and only came back home on February 1, 1979, after the monarch finally gave into angry popular demonstrations and fled the country, never to return.

Every year, millions of Iranians take part in ceremonies across the nation to mourn the anniversary of the demise of Imam Khomeini (RA).

Hundreds of foreign guests, including scholars and researchers, also attend the ceremonies.