Navideshahed – it was hard for the Moazami family to wait for their martyr for 37 years, his father was searching step by step of the war region, and his mother was too missed. Some days before his pure body found, my mother cried at her prayer and asked him from GOD martyr's brother said. Martyr Abbas Moazemi was born in 1961 and finally he was martyred after the Ramadan Operation in 1982. Here is an interview with" Mohammad Moazemi": 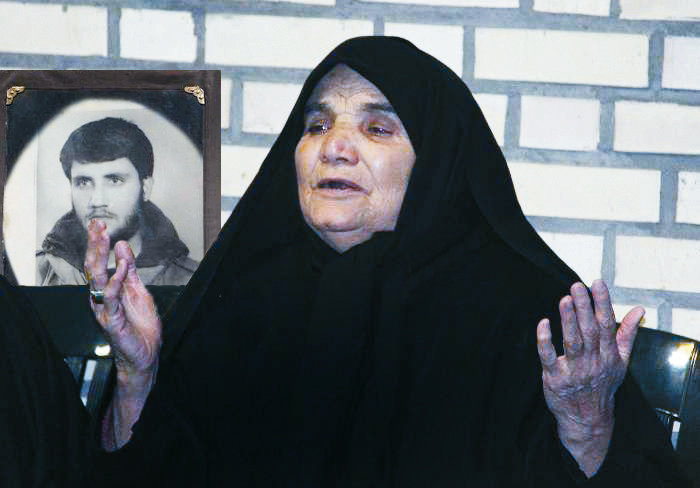 The pure body of your brother was found after 37 years. His father died during the time. At first I want to ask about your father and mother, how they felt during those years?

We spent hard days during the time, we all the time thought about Abbas. Sometimes somebody came and told that he saw Abbas among the captives, my father went there but he never could find him. My father had a radio which never left it, he listened to it maybe he found the name of Abbas among the captives but he finally died and could not find.

I gave Abbas in the path of Imam Hussain (AS), my mother told me. She was too patience and never tired. Some days ago they informed us that they found his pure body. After the funeral ceremony his pure body buried at the Boroujerd martyr's cemetery.

How did you identify him?

His pure body was identified by the DNA experiment.

Tell us about his martyrdom?

Yes … after the Baitol Moghadas Operation and liberation of Khorramshahr, the Ramadan operation was done. The forces could not achieve the goal. One night the commander of the operation told his forces that we need 170 forces to enter the Bathi region; this way may had not a returning path. Most of them accepted, Abbas was among the 170 forces who was martyred.