The rallies on the International Quds Day in Iran

Iranian people from all walks of life are taking to streets across Iran on Friday to express their solidarity with Palestinians and condemn Israel's violation of the Palestinian nation's rights. 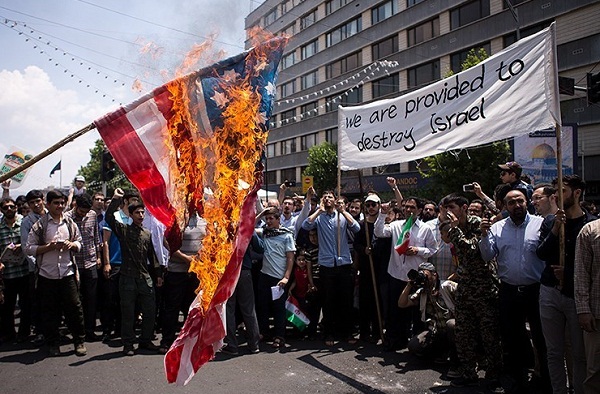 Navideshahed - The rallies on the International Quds Day are being held in more than 950 cities.
Over 4000 reporters, photographers and cameramen including 250 representatives from foreign media outlets cover the event.
The theme of this year's International Quds Day is "collapse of deal of the century and stabilization of the cause of Palestine".
During the rallies in Tehran and other ciyies of Iran, people chant slogans against Israel and the United States.
Muslim people in other countries across the world also mark the day by holding massive rallies.
The International Quds Day is alegacy of the late founder of the Islamic Republic, Imam Khomeini who designated the day in solidarity with Palestinians.
Since the 1979 Islamic Revolution in Iran, the International Quds Day has been held worldwide on the last Friday of the Muslim fasting month of Ramadan.
Message End/
Tags:
internationational quds day ، navideshahed ، issar and martyrdom ، free palestine ، zionist regime
Subscribe to newsletter