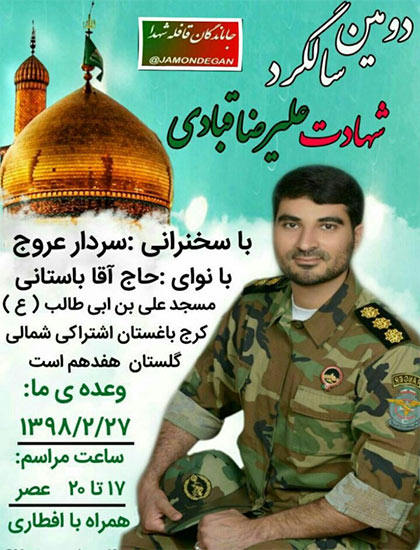 The ceremony held with presence of the martyr's families and friends. Martyr Ghobadi was born in 1988 in Karaj. He lived in Karaj when he moved to Syria to defend from Hazrat Zainab (SA) holy shrine, finally he was martyred in the path of Ahlal Bait (SA) in Syria by the Daesh Terrorist Group in 2017.