News ID: 385801
news » Interview
AA
In an interview with the father of the shrine defender martyr "Hussein Ali Kiani"

Hussein was accepted for Martyrdom

Hussein Ali Kiani was the youngest shrine defender martyr of the Sistan and Baloochestan. He was born in 1994. He was about 24 years old, finally he was martyred in Khan Tuman in Syria. 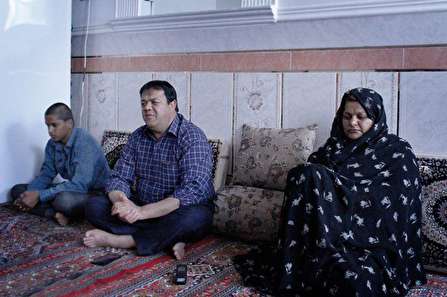 Hussein Ali Kiani was the youngest shrine defender martyr of the Sistan and Baloochestan. He was born in 1994. He was about 24 years old, finally he was martyred in Khan Tuman in Syria.

Navideshahed - Hussein Ali Kiani was the youngest shrine defender martyr of the Sistan and Baloochestan. He was born in 1994. He was about 24 years old, finally he was martyred in Khan Tuman in Syria. He lived in the eastern region of Iran where it was too far from Syria. One day he got ready and went to Syria to defend from Hazrat Zainab (SA) holy shrine. Here is an interview with Hussein Ali's father:

Why did Hussein want to be a shrine defender martyr while he was not a military man?

That's true… he was not a military man. After his military service, he worked at a flower shop. He was a religious man and went to the mosques to said his prayer and also participated in the religious ceremonies. That was the main reason which he selected this path and went to defend from Hazrat Zainab (SA) holy shrine.

Tell us about his behavior…

I had three children… Hussein was the first child of mine… he was too cute when he was child and everybody loved him. He was too calm and gracious. He usually helped the poor people.

What was your reaction as you understood he wanted to go to Syria as a shrine defender?

As he worked in the flower shop, I heard from his friends that he wanted to be the soldier of the Islamic Resistance. It was a kind of wish for him… one day he came and said: I want to be a shrine defender…I want to go to Syria and defend from Hazrat Zainab (SA) holy shrine. I want to fight against the Terrorist Group. Finally he went to Syria in 2016.

How was he martyred?

He was martyred beside martyr Shibak. A bullet war hit his throat while another one hit his chest. As I heard his martyrdom, I picked my hands up and thanked GOD since my son war martyred in this path.

Why he selected this path "martyrdom"?

In my opinion it depends on the family… we lived in the path of Islam and followed GOD in all parts of our life.