Iran is set to hold the first “Return of the Century” international graphic workshop, in a bid to raise awareness about the Israeli occupation of Palestine as well as US President Donald Trump’s so-called “deal of the century” 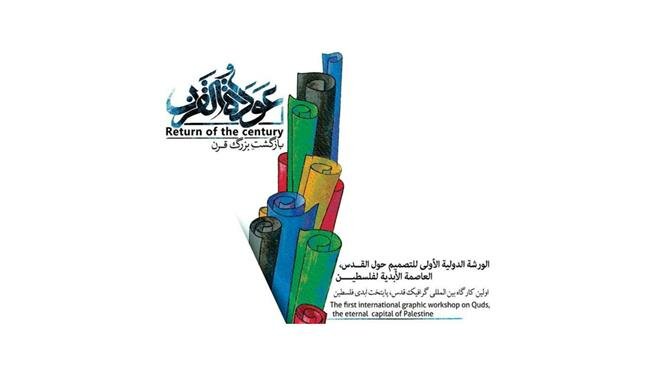 Navideshahed - Alireza Komeili, secretary of the International Union of Unified Ummah (IUUU), said Monday morning that the first iteration of the international poster workshop is slated to kick off in the eastern city of Mashhad this week.
"The workshop seeks to promote an artistic confrontation to Americans’ insolence in backing Israel and floating the dangerous idea of the 'deal of the century',” Komeili said.

According to Komeili, the three-day event will focus on the main issues raised by the "deal of the century" -- namely, Arab states'  normalization of ties with Israel and America’s recognition of Jerusalem al-Quds as Israel’s capital.

The workshop will be attended by graphic designers from 12 countries, including 30 artists from Iran.

Komeili said 40 posters will be selected to be showcased by pro-Palestinian groups around the world on Nakba Day (the Day of Catastrophe) as well as the International Quds Day.
Tags:
navideshahed ، issar and martyrdom ، free palestine ، return day ، zionist regime
Subscribe to newsletter