Navideshahed – when the "Kheibar Operation" was finished, we were waiting for the helicopters to move us back. At the moment martyr "Sohrab Norouzi" was riding the motor cycle and controlled all the affairs, he also tried to move us back quickly. 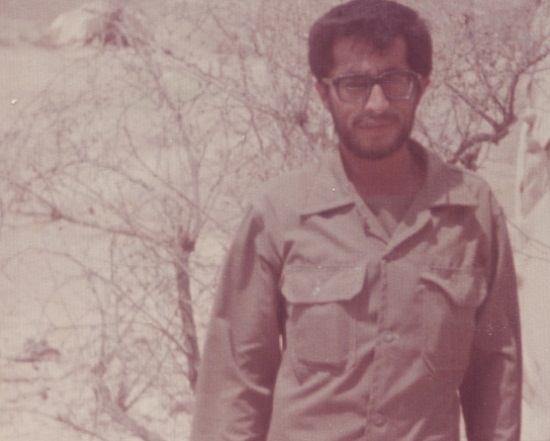 We were supposed to give our Anti - chemical masks to other forces who were in the chemical region, it was a military order.

It was only some minutes that we gave our masks… suddenly the enemy war crafts started chemical attacks against us. We shocked… we all were trying to save ourselves while the only person who did not think about himself was Martyr Sohrab Norouzi.

He left the motorcycle and helped the forces. All the forces told him that you should move back by your motorcycle… Norouzi is Norouzi with all his forces… he was full of love.

Finally the Iranian Helicopters arrived and started to move the forces back. Martyr Norouzi suffered from chemical injury.