Ali Reza Khazayee, the commander of the Islamic Revolutionary Guards Corps for Asada Abad neighborhood started learning Koran and Nahj sciences from the time that he was a teenager 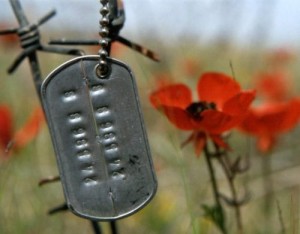 Navideshahed - Ali Reza Khazayee, the commander of the Islamic Revolutionary Guards Corps for Asada Abad neighborhood started learning Koran and Nahj sciences from the time that he was a teenager. He started his school at early age. He accomplished the third and fourth class of elementary school with educational jump up…

He entered Shiraz University at the age of 16. He got familiar with Ayatollah Dastgheib and he entered the political activities. He became the commander of the corps at the age of 19. In addition of commandership, his Koran and Nahj classes were so interesting as well.

He benefited from the poetry along with Koran and Nahj. Someday, one of the illiterate forces of the Corps entered the room of commandership accidentally. He was absorbed by the big book near the books of Nahj and Koran. He became so curious about this issue and he attempted to read the book. Due to his bad chance, he reached to the story of slave girl. He read the poem and he got so angry about the issue. He found his commander ‘Khazayee’ and he addressed him. Mr. Khazayee, that is really strange for you, that is really strange for you!!! Those guards who were near Khazayee got so surprised by his speech; so whatever Khazayee asked that what is the matter? He only repeated that that is really strange for you!!! After that the man pointed out to the big book of Mulana and he said that it is really strange for you that you read the poems which promote the impoliteness and bad words. Is this correct to put this book near the books of Koran and Nahj? When Khazayee noticed the issue, he smiled and started describing the contents of the poem. When he explained the issue, the illiterate man got quiet. He said that such books are the cultural sources and Gnosticism literature. These poems are the language for expressing the realities. In fact the realities have been said in the forms of secrets and proverbs.