Presented to the Father War Veterans!

It was Wednesday, April 1984. The teacher of the fourth class of elementary school suggests the students if they want they can bring a gift to the war veterans who are in the battlefields of Iran-Iraq. So those who are interested in this field... 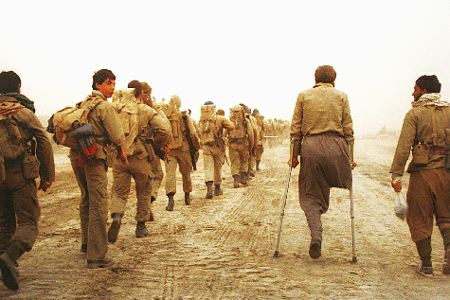 Navideshahed - It was Wednesday, April 1984. The teacher of the fourth class of elementary school suggests the students if they want they can bring a gift to the war veterans who are in the battlefields of Iran-Iraq. So those who are interested in this field, they can bring their gifts on the next day. One of the students of this school asks her parents to prepare a gift. Since they had not prepared a gift for her, they ask her to take its money instead of the gift, but the girl starts crying and she does not accept to take the money instead of the gift and she urged so much that a gift should be purchased certainly.

Eventually the mother who had bought two underwear clothes for the father and he had not used them yet, make them as a gift and she gives to her daughter. They give the gift to the girl to take to school on the next day. The girl gets so happy and she writes the name and family name of herself on the gift package and she writes: "Presented to Father War Veterans”. She gives her gift to the teacher on the next day.

After two years the father of that girl was dispatched to the battlefields on June 14, 1986 by Barazjan Basij center. He started his service as an ambulance driver in the Health Center Unit; Eventually in the middle of suffer of the same year he moved towards Fav war zone in the hot weather along with his comrades Heshmatollah Peiman a commissioned guard and the authority of Emergency center of Omol Ghasr-Fav road and Ahmad Rastegari, the social worker who would deliver blood to the emergency center. When they arrive to the Station of Free Facilities, each of them prepare their clothes there and they return to the main headquarter.

Near the Fav-Omol Ghasr road there was a big artificial stream that after the capture of Fav it was filled with water. Someday the war veteran Rastegari goes to that war zone along with his accompaniers. After swimming when the father of that girl wants to change his underwear clothes that he had received from the Free Facility Station, he notices that the clothes are those which his own daughter had sent to the father war veterans in 1984. He gets so happy and he calls the other comrades and he shows the piece of paper on which his own daughter handwriting exist on that.