The following report is a chronology of biological weapons use which has been provided by U.S National Security Archive. 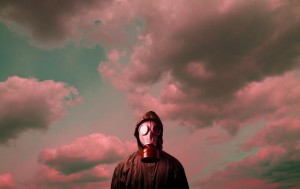 1931 - Dr. Cornelius Rhoads, under auspices of the Rockefeller Institute for Medical Investigations, infects human subjects with cancer cells. He later established the U.S. Army Biological Warfare facilities in Maryland, Utah, and Panama, and is named to the U.S. Atomic Energy Commission. While there, he begins a series of radiation exposure experiments on American soldiers and civilian hospital patients.

1932 - The Tuskegee Syphilis Study begins. 200 black men diagnosed with syphilis are never told of their illness, are denied treatment, and instead are used as human guinea pigs in order to follow progression and symptoms of the disease. They all subsequently die from syphilis; their families never told that they could have been treated.

1940 - Four hundred prisoners in Chicago are infected with Malaria in order to study effects of new and experimental drugs to combat the disease. Nazi doctors later on trial at Nuremberg cite this American study to defend their own actions during the Holocaust.

1946 - Patients in VA hospitals are used as guinea pigs for medical experiments. To allay suspicions, the order is given to change the word "experiments" to "investigations" or "observations" whenever reporting a medical study performed in one of the nation's veteran's hospitals.

1947 - CIA begins its study of LSD as a potential weapon for use by American intelligence. Human subjects (both civilian and military) are used with and without their knowledge.

1947 – The Navy conducted the first known post-war mind control program, Project CHAPTER, which continued the drug experiments. Decades later, journalists and investigators still haven't uncovered much information about this project - or, indeed, about any of the military's other excursions into this field. We know that the Army eventually founded operations THIRD CHANCE and DERBY HAT; other project names remain mysterious, though existence of these programs is unquestionable.

1950 - In an experiment to determine how susceptible an American city would be to biological attack, U.S. Navy sprays a cloud of bacteria from ships over San Franciso. Monitoring devices are situated throughout the city to test extent of infection. Many residents become ill with pneumonia-like symptoms.

1950 - Project BLUEBIRD was approved by first CIA Director, Roscoe Hillenkoetter. He also approved use of unvouchered funds to pay for its sensitive areas. This began the CIA's first structured behavioral control program. Their goals consisted of "controlling an individual to the point where he will do our bidding against his will and even against such fundamental laws of nature as self-preservation." Some of their experimental subjects included North Korean prisoners of war and suspected double agents.

1951 - Project BLUEBIRD was renamed Project ARTICHOKE. The CIA director approved a liaison with the Army and Navy who were interested in finding a truth drug. Another liaison was formed with the Air Force who wanted to study interrogation techniques. Some of Project ARTICHOKE's experimental subjects included: suspected agents, suspected double agents, people who "had a known reason for deception," American college students (supposedly for more benign testing), and foreigners (since the CIA was more likely to try certain procedures out on them rather than American citizens.) "Terminal," or "to the death" experiments were usually carried out in other countries. Control methods used on two agents involved narco-hypnosis (drugs and hypnosis). Subjects were hypnotically regressed and made to relive past experiences. Post-hypnotic suggestions were given to induce total amnesia of their interrogations. The CIA called this experiment "very successful."

1951 - Project CHATTER, a highly classified Navy program to search for a truth drug, began. They were looking for a way to make someone talk "fast" in event of a security emergency. These experiments used barbiturates, amphetamines, and heroin. The drugs were supplied by Bureau of Narcotics and pharmaceutical companies. Subjects were mostly students. 1953 Project CHATTER was abandoned by the Navy.

1952 - Project CASTIGATE began when the Navy and the CIA partnered to test a "secret potion" consisting of a depressant, a stimulant, and active ingredient in marijuana. The drugs were to be administered over a 3-day period in an experiment in Germany at a secret CIA base on a military installation. Experimental subjects included one known double agent, one suspected double agent and three defectors. Project CASTIGATE was considered a failure.

1952 - MKNAOMI (Pronounced M-K NAOMI with M-K standing for mind control.) TSS's agreement with the Special Operations Division of the Army's biological research center at Fort Detrick, Maryland. SOD's job was to produce germ weapons for the CIA's use.

1953 - CIA initiates Project MKULTRA. This is an 11-year research program designed to produce and test drugs and biological agents that would be used for mind control and behavior modification. Six of its subprojects involved testing agents on unwitting human beings. MKULTRA focused on drugs, specifically LSD. The CIA wanted to use LSD as a weapon. The CIA studied hundreds of other drugs besides LSD as well as experimenting with: "radiation, electroshock, psychology, sociology, anthropology, psychiatry, harassment substances and paramilitary devices and materials." As subjects of the experiments, the CIA used many hospital patients, volunteers (mostly students), inmates who were usually paid for their participation with more drugs, and eventually anyone the CIA could get, without their consent. The CIA "scientists" even engaged in misting and spraying unwitting American citizens as they walked down busy city streets. Later they would study how to manipulate genes and develop compounds to simulate heart attack and stroke.

1953 - Joint Army-Navy-CIA experiments are conducted in which tens of thousands of people in New York and San Francisco are exposed to the airborne germs Serratia marcescens and Bacillus glogigii.

1955 - The CIA, in an experiment to test its ability to infect human populations with biological agents, releases bacteria withdrawn from the Army's biological warfare arsenal over Tampa Bay, Fl.

1955 - Army Chemical Corps continues LSD research, studying its potential use as a chemical incapacitating agent. More than 1,000 Americans participate in the tests that continue until 1958.

1965 - Prisoners at Holmesburg State Prison in Philadelphia are subjected to dioxin, the highly toxic chemical component of Agent Orange used in Viet Nam. The men are later studied for development of cancer. This indicates that Agent Orange had been a suspected carcinogen all along.

1967 - CIA and Department of Defense implement Project MKNAOMI, successor to MKULTRA and designed to maintain, stockpile and test biological and chemical weapons.

1968 - CIA experiments with possibility of poisoning drinking water by injecting chemicals into the water supply of the FDA in Washington, D.C.

1969 - Dr. Robert MacMahan of the Department of Defense requests from congress $10 million to develop, within 5 to 10 years, a synthetic biological agent to which no natural immunity exists.

1970 - Funding for the synthetic biological agent is obtained under H.R. 15090. The project, under supervision of the CIA, is carried out by the Special Operations Division at Fort Detrick, the army's top-secret biological weapons facility. Speculation is raised that molecular biology techniques are used to produce AIDS-like retroviruses.

1970 - United States intensifies its development of "ethnic weapons" (Military Review, Nov., 1970), designed to selectively target and eliminate specific ethnic groups who are susceptible due to genetic differences and variations in DNA.

1975 - The virus section of Fort Detrick's Center for Biological Warfare Research is renamed the Fredrick Cancer Research Facilities and placed under supervision of the National Cancer Institute (NCI) . It is here that the U.S. Navy initiates a special virus cancer program is initiated, purportedly to develop cancer-causing viruses. It is also here that retrovirologists isolate a virus to which no immunity exists. It is later named HTLV (Human T-cell Leukemia Virus).

1977 - Senate hearings on Health and Scientific Research confirm that 239 populated areas had been contaminated with biological agents between 1949 and 1969. Some of the areas included San Francisco, Washington, D.C., Key West, Panama City, Minneapolis, and St. Louis.

1981 - First cases of AIDS are confirmed in homosexual men in New York, Los Angeles and San Francisco, triggering speculation that AIDS may have been introduced via the Hepatitis B vaccine

1985 - According to the journal Science (227:173-177), HTLV and VISNA, a fatal sheep virus, are very similar, indicating a close taxonomic and evolutionary relationship.

1986 - According to Proceedings of the National Academy of Sciences (83:4007-4011), HIV and VISNA are highly similar and share all structural elements except for a small segment nearly identical to HTLV. This leads to speculation that HTLV and VISNA may have been linked to produce a new retrovirus to which no natural immunity exists.

1987 - Department of Defense admits that, despite a treaty banning research and development of biological agents, it continues operating research facilities at 127 facilities and universities around the nation.

1990 - More than 1500 six-month old Black and Hispanic babies in Los Angeles are given "experimental" measles vaccine never licensed for use in United States. CDC later admits parents were never informed that the vaccine being injected to their children was experimental.

1994 - With a technique called "gene tracking," Dr. Garth Nicolson at MD Anderson Cancer Center in Houston, TX discovers that many returning Desert Storm veterans are infected with altered strain of Mycoplasma incognitos, a microbe commonly used in biological weapon production. Incorporated into its molecular structure is 40% of the HIV protein coat, indicating it had been man-made.

1994 - Senator John D. Rockefeller issues a report revealing that for at least 50 years Department of Defense has used hundreds of thousands of military personnel in human experiments and for intentional exposure to dangerous substances. Materials included mustard and nerve gas, ionizing radiation, psychochemicals, hallucinogens, and drugs used during the Gulf War.

1995 - U.S. Government admits it offered Japanese war criminals and scientists who had performed human medical experiments salaries and immunity from prosecution in exchange for data on biological warfare research.

1995 - Dr. Garth Nicolson uncovers evidence that biological agents used during Gulf War had been manufactured in Houston, TX and Boca Raton, Fl and tested on prisoners in Texas Department of Corrections.

1996 - Department of Defense admits that Desert Storm soldiers were exposed to chemical agents.

-1997 Eighty eight U.S congressmen signed a letter and they called for researches in the field of using biological weapons linked to Persian Gulf Syndrome.

It is mentionable that having access to the information after 1997 is not possible at the moment.