Martyrdom of "Ahmad Araghi" in the mid-Shaban Celebration 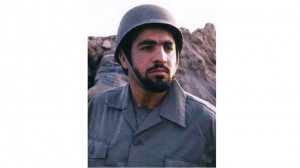 Navideshahed - it was mid-Shaban celebration, we were in the Fish Channel (name of a channel in the operation) that Haj Ahmad Araghi arrived. However he suffered from injury, he came to help us under the critical situation.

All the commanders were gathered at the mid-Shaban Celebration. Martyr Ahmad Araghi went out to pray while we were in the tent and had a confidential meeting with commander of 10th Sayyed al-Shohada Battalion "Sayyed Mohammad Zeinal Husseini".

Suddenly we heard a tremendous explosion, we went out and saw martyr "Jafar Mohammadi", the commander of the operation who was martyred. Haj Ahmad Araghi sat beside him, the Bathi forces were shooting everywhere. After a time we found Haj Ahmad who was on the ground, his face was bloody. Sayyed Mohammad Zeinal Husseini moved toward him. He was still alive and breathed hardly. We tried to carry him back but it was too late…he had joined his martyr friends.