The Supreme Leader appointed Gen. Salami as a new commander of IRGC 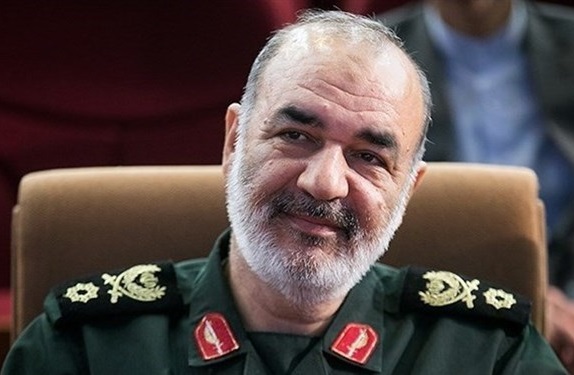 Major General Jafari has been appointed as the new head of the Baghiatollah Base Cultural Department.

In his decree, the supreme commander of all armed forces enhanced the military rank of Hossein Salami a level higher to major general compared to the previous brigadier general.

The Leader of the Islamic Revolution pointed to necessity of changing roles within the IRGC structure as the basis for his decision.

Hossein Salami was born in the city of Golpayegan in Iran's central province of Isfahan in 1960.

In 1978, he enrolled in the mechanical engineering department of Iran University of Science and Technology.

Salami joined the IRGC at the start of the 1980-88 war of the former Iraqi dictator Saddam Hussein against the Islamic Republic.

He served as the commander of 25th Karbala Division, 14th Imam Hossein Division and Noah Headquarters during the eight-year war.

After the war, he continued his academic studies and graduated with a master's degree in defense management.

At IRGC, he has served in several capacities, including the commander of IRGC University of Command and Staff, operations deputy of IRGC Joint Staff, and commander of IRGC Air Force. He is currently a faculty member at Supreme National Defense University.