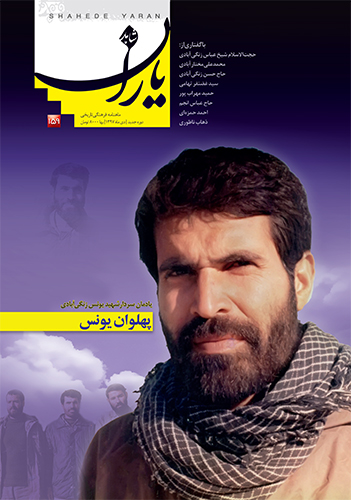 Here is a short biography of martyr Younis Zangi Abadi

Younis was born in a religious family at the Eid al-Adha, also called the "Festival of Sacrifice", is the second of two Islamic holidays celebrated worldwide each year, and considered the holier of the two. It honors the willingness of Ibrahim to sacrifice his son as an act of obedience to God's command. All the family members called him "Haj Younis", he joined the Islamic Revolution activists from the beginning of Islamic Revolution.

His name remained in the 5th Karbala Operation forever. He got injured by a bullet war which hit his neck. When his friends tried to carry him back, suddenly a rocket hit their car. Finally he martyred and joined his creator in 13/01/1987.