We read in the introduction: "after the Islamic Revolution which led by Imam Khomeini, Ayatollah Ashrafi Isfahani walked through resistance, he had different revealing speeches against anti-Islamic politics of Pahlavi regime. He was arrested many times since the Pahlavi regime could not tolerate these revelations". 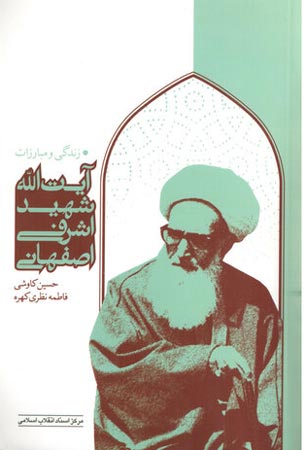 At the first chapter we will read about his biography. The second chapter explains his immigration to "Kermanshah"(city in Iran) and moving toward Islamic Revolution by the led of Imam Khomeini. The third chapter dealt with his personality features and finally at the last chapter all his activities have been explained on the eve of Islamic Revolution Victory.

The second chapter "Resistance to martyrdom"

The following book was published by Hussain Kavoshi and Fatemeh Nazari in 409 pages with the price of 30,000 Tomans by the Islamic Revolution Documentary center cultural institute.