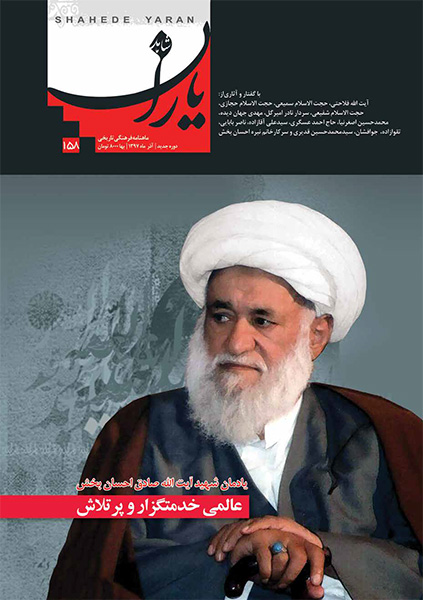 The following magazine started with Islamic Revolution Leader's Message. You can find some titles such as:" the great features of Ayatollah Ehsanbakhsh", "a brave man", "Ayatollah Ehsanbakhsh in the narration of pictures", "He had played an important role during the Pahlavi period".

Rahim Narimani is the Editorial in chief of the latest issue of Shahed Yaran monthly magazine. It was published in 95 pages with the price of 8000 Tomans.