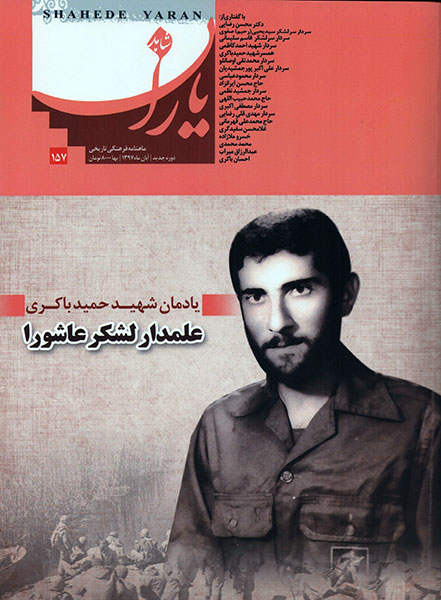 Martyr Hamid Bakeri started his mission by fath – ol Mobin operation. He was too brave and thoughtful against the enemy. Finally he martyred at the "Kheibar Operation" by a bullet war which hit his head and joined his martyr friends.

In the following issue you can read some topics like: "Hamid had an important role in Khorramshahr" , "Martyr Hamid Bakeri was too brave and thoughtful against the enemy", "he was too popular among his friends", "a brilliant star in the Ashura Battalion", "he was the Hero of "Kheibar operation "and "Hamid Bakeri stood against Bathi Forces firmly".

Rahim Narimani is the editorial in chief of "Shahed Yaran" monthly magazine. The magazine published in 92 pages with the price of 8000 Tomans.