A Hell That Had Been Created for Israel by the Women

Before the end of high school and going to university, an event occurred and this would be considered as a milestone in the life of Hiba Daraghmeh. In a way that it influenced the whole life of her 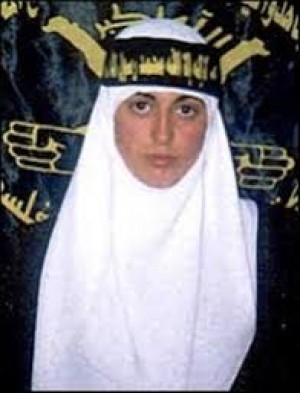 Before the end of high school and going to university, an event occurred and this would be considered as a milestone in the life of Hiba Daraghmeh. In a way that it influenced the whole life of her.

According to Epic and Resistance Group of Fars News Agency, she is the same as other liberals and freedom seeker; especially those who seek their missed greatness and their violated dignity in their lands. They have struggled and fought against the enemy without being tired and without any complains and eventually the God will grant them freedom and liberation. Those persons who have been patient in tolerating the pains and they have a strong belief in the promise of God regarding their own victory. She is Hiba Daraghmeh. Our words are about Hiba Daraghmeh and all the martyrdom seekers who are the strong and firm trees of this land which are a source of pride for us. Although most of the martyrdom seeking persons have some similar features, but each of them have their own dimensions and characteristics which creates some differences for them; Hiba Daraghmeh would consider the real martyrdom as martyrdom. In fact this martyrdom would guide her from the materialistic framework to the light of the resurrection world and  staying with God and to have the eternal peace.
Hiba Daraghmeh was only 19 years old at the time of martyrdom.
She was born in Toobas village located in Jenin city. She was the youngest child of the family. She had three sisters and four brothers. She accomplished her elementary school in Toobas village up to the time that he reached the high school. After that she continued her education in the field of English Language and therefore she entered the Literature College of Qods University, branch of Jenin city.

Before the end of high school and going to university, an event occurred and this would be considered as a milestone in the life of Hiba Daraghmeh. In a way that it influenced the whole life of her. Her brother decided to do a martyrdom seeking operation in Israel, but despite of doing all the necessary cautions, he was arrested and he was imprisoned in the Zionist’s jails.

This action of brother influenced Hiba Daraghmeh so much and he opened his eyes on the realities. He increased his knowledge towards the fighting against the Zionists and conspiracy against the ambitions of Palestine and also the dangers which would threaten the existence of her country. This event was a very big change in the path of her life and her wishes.

When her university life started, Hiba never forgot the changes which had been created in her life and she had imagined a goal in her mind. She had sworn to be committed to that goal and she had promised herself to fulfill the goal that she had in her mind.

This objective remained the same as a burning flame in the intellect and thought of Hiba. Eventually the actions of the martyrdom seeking absorbed all of her attention towards itself. Some martyrdom seeking women like Vafa Edris, Darin Abu Eisheh, Ayat Alakhers and Andelib Taghataghe made a great passion in her heart to do a suicide attack in the being of Hiba. But Hiba faced with some problems in order to realize her wishes; because the occupier army had taken place a very huge attack against the Resistance Groups in all the cities, villages and the camps close to the bank of the west. During these operations, many of the members of these groups had been arrested or martyred and that is why the Resistance Cores lost many of their personnel and forces.

Despite of this issue, Hiba was never disappointed and she was committed to the promise that she had sworn. Eventually the Resistance Forces were able to reconstruct themselves after several months based on the assistance of God. They were able to get back their lost forces and to start their military operations against the enemy once again. Hiba also observed that the situation is good and it is a good opportunity in order to sacrifice herself in this way. So she started searching in this ground.

Eventually after a long period of time of struggling and contacting with the Resistance groups, she was able to do a suicide attack and to be martyred in this way.

It was the Monday of May 19, 2003 that Hiba for the final time met her family and neighbors. After that she decorated herself with a belt of explosive materials and she moved towards her target. She had a target in the city of Afuleh located in the occupied lands of 1948. After some hours, that great epic took place and Hiba decided to enter the city from the entry of the Commercial Complex ‘Hakeim’ and she did the suicide attack near the entry door. During this great and here like operation at least 3 persons were killed and 70 persons were injured.

Of course the level of the casualty could be so higher than this level, but before the explosion, the guard of the complex got suspicious to her and he did not allow Hiba to enter the Commercial Complex; that is why she had to explode herself near the entry gate. The martyrdom news was announced all the places so soon and the people got aware of the identity of the suicide attacker. Even the family members of her did not believe the news when they heard it that their daughter has done such an attack, because they thought that Hiba has gone to university and she has attended the classroom.

Misa Al-Toobasi, the neighbor of Hiba says: When the father of Hiba heard from the people that his daughter Hiba has launched a suicide attack, he went to his house so immediately, but he did not find Hiba anymore. After that he went to the house of the three sisters of Hiba who were married, but again he did not find her. They told him that they have seen her for the last time at 1:00 PM that she was going to the university. At this moment he noticed the words of the people of the village that they had told him in the news.

Misa also said: When the news was dispersed, all the people of the village got so surprises. None of the villagers would believe that Hiba has directed that suicide attack, because they thought that Hiba was a shy girl.

According to the sayings close to the family of the martyr, Hiba did not politically belong to any party or establishment; but some sources say that she was one of the active members of the Islamic Society of Islamic Jihad Movement in Qods University, branch Jenin city.

Also some of the fans of the Islamic Jihad Movement of Palestine in Jenin had held some boards in their hands on which had written ‘There is no God only the unique God’. Also the boards had been decorated with the photo of Hiba as well.

Anyways, no problem whether the battalions of Shohada Al-Aghsa or the battalions of Islamic Jihad Movement had played roles for this suicide attack, it is important that she sacrificed her life in the best way possible and she stabilized the power and dignity of her land by her pure blood.

There is no will available from martyr Hiba Daraghmeh.