The Pigeons Which Were the Messengers of Martyrdom

Dear Ali Reza! Don’t you go to school today my son? He was so busy with the pigeons in a way that he did not notice what I was telling him. I called him once again and I said: Ali Reza, I’m talking with you. 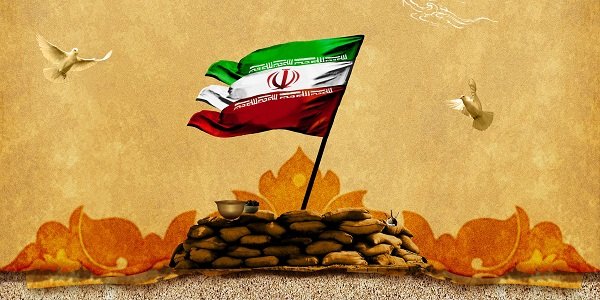 The father of Ali Reza said: who? I said: The two guards.

He stood up. We went out of the house. I said: Brother, have you
brought any news about Ali Reza?
We offered them to come to the house and they came there. We offered them tea. They said different things to us that what has happened and what has not happened. Suddenly I was chocked with tears and I started crying in tears. I said: The two pigeons of Ali Reza came here last night due to this issue.
The two forces of the Islamic Revolutionary Guard Corps looked down and they left.
We went to the headquarters of the Islamic Revolutionary Guard Corps. They had wrapped Ali Reza in a flag. The blood spots had pasted on the flag of the Islamic Republic of Iran. I kissed the corner of the flag. The word of Allah on the flag has been painted with Ali Reza’s blood. I said in my heart: God fell in love with Ali Reza. All the people had come there. The relatives had made a broom tray. They brought the body of Ali Reza to the yard. Again the pigeons came there and they were with us until the final moment of the funeral procession and escorting the body.
When the funeral procession ended, all the people left and we retuned to our yard. Again the pigeons came there and they turned round and they left. Some of the persons who were in the yard said: Let’s follow them. We had buried the corpse of Ali Reza in the public cemetery of our own village! Still one hour had not passed that we went to his grave once again. We observed that the two pigeons had sat down on the grave of Ali Reza. I smiled and I said: You pigeons are the messengers of Ali Reza’s martyrdom. I’m proud of you. I’m proud of Ali Reza. I’m proud of myself. The pigeons had started at me and I was crying in tears…my tears were the tears of passion…