The United States imperialism has been part and parcel of this country from the access of Europeans to the land of Indians to the age of slavery and up to the independence and the current time. 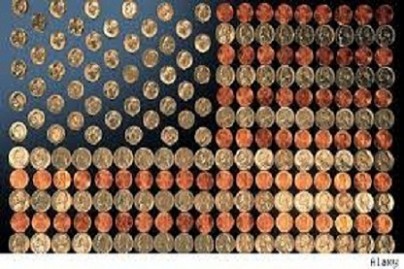 The Philippines is a producer of sugar, coconut oil, and kenaf fiber used in the states. After seizing the Philippines, United States imperialists thought that the people of the Philippines are more backward than to be able to use independence for their development, and that doing so would be possible at least after years of the US ruling there. The Philippines had previously fought for independence from Spain and were now against being joined to the US and expected the US to recognize their independence. They announced independence as a republic in 1899. The US which had bought the Philippines with the motto of democracy and freedom, sent General McArthur to Philippines as military governor to in 1901. He killed the independence seeking forces, arrested the president, and crushed the independence movement. The US showed that they were crueler than the Spanish and British colonizers. According to statistics by the US, 200,000 Philippines lost their lives during that attack.


The US then went to the Moro Muslims which inhabited the southern islands of the Philippines. Moro was occupied by the US in 1903. In the following 10 years, the US appointed three cruel, blood shedding military generals as governor over Moro. The Moro Muslims would attempt guerrilla attacks against the US to the year 1907. Dato Ali, the bravest man that fought the occupiers, was killed in 1906 along his whole family. Although the incident did not completely contain the anti United States movements, it was the onset of lowering amount of surge by Moro Muslims against the occupation. In 1913 the Moros received a hard blow and then their actions faded into woodwork. In that unjust series of wars, thousands of Muslims were killed by the US in a course of 14 years, so much so that by the end of the period most of the Moro men had been killed and women had to do most of the jobs in their daily lives. US cruelty during that period was so much that in later times an United States official wrote: Most of the scuffles would spring in Minandeo due to US forces’ excess in killing people and ruining lands. The US way for killing the people was that they would attack somewhere and kill the local leaders by firing squads. Then they would kill some more people and raze their houses to the ground and set fire to their lands.


The first half of the 20th century


The first half of the 20th century was a period for US to expand its military bases as a bid to gain economic profit. During this period the US grew drastically. US officials would put their utmost attention upon improving trade. Their imperialist trait would easily reveal their violent attitudes. President Wilson in 1917 in Colombian University in New York said:


The US does not know any borders and finds its way beyond the country. It considers economic enterprises from across the world as its field of work and market. Therefore, it is necessary for the country’s flag (military power) to accompany it… even if it comes at the cost of wounding the independence of all rebellious nations.


Since the beginning of the 20th century, president Roosevelt helped the empire’s sovereignty by following an economically open policy.


President Tuft once said: Foreign policy should act as a tool to further economic objectives.


US interference in the Caribbean: During this period, alongside expanding commercial ties, there were revolutionary movements in central America and the Caribbean as well which would endanger the interests of US companies. Therefore, the US official would take action to subdue the movements. According to Congress records, in the years expanding from 1900 to 1925, US forces were dispatched 7 times to China, 3 times to Colombia, four times to the Dominican, twice to Korea, three times to Mexico, once to Morocco, twice to Nigeria, and 6 times to Panama, once to Syria, and twice to Turkey to crush revolutionary movements and establish peace for the interests of the companies.


General Butler, one of the US generals who took missions during the period said to the United States people:


All these are facts that testify that what has been important for the US has not been care for other countries’ sovereignty or the independence of nations or mutual interests with other countries. The entire motivation of the US in doing so has been to gain economic benefit.
Tags:
navideshahed ، issar and martyrdom ، islamic revolution
Subscribe to newsletter